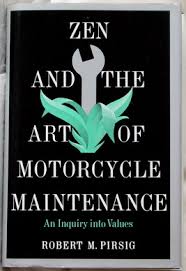 The long view of media effects reminds us that we are never left untouched by new communication forms.

Few ideas are as evocative in communication analysis as those that argue that big social changes are driven as much by particular media forms as by the ideas carried in those forms. The conventional view of communication is that we have ideas, information or thoughts, and then we choose the medium to deliver them, concluding that a given  choice is not that consequential.

A media determinist sees things differently.  Most clearly laid out by Canadian theorist Marshall McLuhan in the 1970s, media theory argues that the vessel turns out to be as important as what it is carrying.  McLuhan’s famous aphorism, “The medium is the message” doesn’t quite get it right.  But a panoramic “big picture” view of communication effects certainly justifies the conclusion that dominant media forms usually create unanticipated and sometimes huge social changes.

For example, academician Neil Postman and others have argued that television has transformed the idea of childhood, mostly by ending it.1  There’s a little hyperbole here, but also a valid point embedded in the observation.  In the Middle Ages, for example, children were thought of as incipient workers: more or less adults in training.  Even in their first decade the young were expected to take up the burdens of the working world; there was often no particular interest in isolating them from the secrets and challenges of adulthood.  We see hints of this in paintings of children from this period, which often portray the young as just smaller versions of everyone else.

Many generations later the idea of childhood was especially nurtured by the Victorians, helped by more affluence and the spread of age-graded literacy.  They saw the young as a vulnerable and innocent group to be sequestered from the perils and problems of adulthood.  Look at the children portrayed by painter Mary Cassatt or other artists in the last few centuries and you get the idea. The goal of creating a protected world for children  was also supported by the growth of children’s literature, which used age-appropriate language to support adventurous but “safe” narratives.

Yet television imposes no literacy requirements.  Electronic media are nearly as accessible to children as to adults.  Think of a news report that includes an interview with a mother who has just lost her son in a shooting.  There are obviously limits to what children viewing such a news item can understand.  But the raw emotion of the mother is apparent even to a five-year-old.  They will experience the cues of distress directly.  Obviously, that would not be the case if the account existed only as a written news story.

Most parents sense the difference. The pervasiveness of visual/presentational media means there are very few safe refuges from the dark corners of the culture.  As media determinists sometimes put it, there is really no such thing as children’s television.

Of course attributing large social changes to just one dimension of a complex culture can be risky.  Even so, a macro-view of media effects can be a timely reminder that new ways to connect to the world always change us. They continue to redefine new forms of daily behavior that start with early adopters before they are acquired by the broad center. The cycle completes itself when a new norm is accepted without much notice.  So walking alone and apparently talking to no one no longer suggests schizophrenia.  We now assume a phone is their link to another.