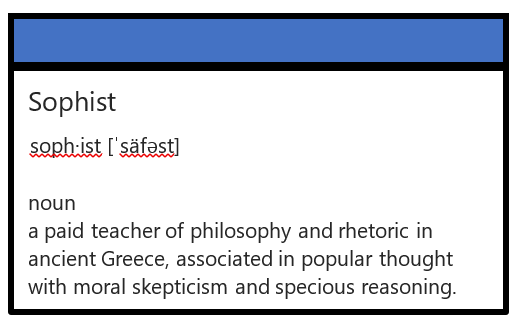 They made the boring interesting. They modeled confidence and competence. Mostly, their individual features of character—especially their forbearance—changed the course of lives. As a group they were simply wonderful.

The act of teaching is one of the most consequential of all communication functions. By the use of the term I mean more than its application to institutional settings.  All of us perform a teaching function from time to time: mentoring others, coaching, and explaining something we know well to someone who wants to know more. Even the choices we make can instruct.  While our influence may not always be apparent, our actions modeled to others give them reasons to learn or occasionally rebel.  But even cultivated rejection of an instructor’s ideas can be positive. Aristotle embraced the study of rhetoric, something his teacher mostly repudiated. To be sure, no one wants the nightmare of a music teacher like J.K. Simmons’ tyrant in the film Whiplash (2014).  For things musical we would probably all prefer someone like the engaging Antonio Pappano, the music director of London’s Royal Opera. His video discussion of Puccini’s Tosca is a model mini-lecture.

The subject of wonderful teachers came up recently when I asked some of my students to identify an instructor who was a significant influence. The specific subject came up in planning a debate on whether we lose too much by abandoning the classroom in favor of online courses. I was coaching the affirmative speakers, whose formal position was to defend instruction in real place and time. I suggested they provide a few sketches of individuals they had known who made a difference.  Presumably all of us have had moments when a teacher provided a pathway through a subject we had never known.  Interestingly, I got no response: a surprise given New Jersey’s reputation for excellence in many of its schools. Perhaps it’s in the nature of youth to miss what is outside a narrow calculus of personal interests and concerns. At that age many of us were too distracted to notice the gifted people we had been lucky to know.

As a profession, teaching is not a prestige profession. My best teachers—Dawn, Phillips, and others—barely created ripples of recognition beyond the influence of their students. The anonymity of their names belies their competence and abilities to evoke the imagination.  They made the boring interesting. They paid their students the honor of taking them seriously. Notably, their individual features of character—everything from how they spoke to how they how they offered guidance—changed the map of their students. As a group they were simply wonderful.

What many of us forget is that the temperment of a teacher matters.

Schools of education teach future teachers mostly on the premise that this form of communication is a process—and a bureaucratic one at that. There are lesson plans to learn, testing protocols to honor, human development sequences to master, and curriculum yardsticks to know. These benchmarks are needed because teaching younger students usually happens within a rigid structure of state and organizational mandates.  There’s a metric for everything, including how well Johnny should be reading in the fifth grade.

What so many of these strictures miss is that the temperament of an advocate/teacher probably counts for even more. What Aristotle observed about all forms of communicators—that character matters most—still seems valid.  This is more than noting that a teacher must be a virtuous person, though that’s partly what Aristotle meant. Teaching with the right qualities of temperament must embody a degree of passion for a subject being pressed upon the young. Teachers must believe that their subjects matter.  And somehow they must generate the same kind of conviction in a student.

I’ve been lucky to see seemingly stale subjects conjured into life mostly because the instructor performed their own fascination with them. In my case it happened in a Freshman course in elementary biology, a high school course in acting, and college classes devoted to politics and rhetorical theory. The last is surely the ultimate test. Is it possible to be awakened to the deep relevance of rhetorical theory?  I’m here to say it is and it was, when Trevor Melia patiently revealed a world we had never seen. His quiet probes eventually produced a cadre of academics around the country who now work to induce their own classroom transformations on unsuspecting undergrads.

You can probably reverse engineer your own interest in a subject back to a teacher that lit the fire of enthusiasum for a subject that has never died. If so, that piece of your life is their enduring legacy.