Well down the path of protecting health care workers with vaccines and masks, it remains for insurance companies to decide whether to still cover virtual visits.

Just a few years ago most people who studied health communication expressed doubts about the value of remote health “visits.” A phone or video appointment with a professional might be fine for a patient or client isolated in a remote location. But more recently, the more typical telehealth “visit” has gone local, with patients talking to a provider just a few miles away, usuallly via some version of Zoom.  Indeed, no person with symptoms of COVID was really welcome in a typical medical office, especially when vaccines were still months away.  Rates of virtual visits for all types of care are now at about 35 percent.

I certainly was among the skeptics, believing that a live face to face encounter is far preferable. And health professionals note that if they take time to notice, they may learn more about a patient’s condition in the small ways they present themselves during an in-office examination. But COVID obviously made telehealth “visits” a safer alternative.

Now, well down the path of protecting health care workers with vaccines and masks, the question remains for insurance companies whether to continue to fully reimburse health providers for virtual visits. And since states pitch in for federal insurance, many are grappling with what they will reimburse. Some state leaders have expressed concern that virtual visits are easy to abuse, and maybe little more than a glorified phone call. Then, too, it takes some planning and skill  to do exams remotely.

The behavioral health therapists I know bridle at the suggestion that they do any less for a virtual visit. Some argue that they often achieve more because they have to listen closely to a patient’s or client’s descriptions of their world and concerns. Not surprisingly, a face on a flat screen sometimes gives away very little. With video, the work and the payoffs are ironically in the process of active hearing and listening: something we are less apt to do in the presence of a lot of visual stimulation.

The Human Glitch of Required Video

There’s also an unexpected glitch with a mandate that specifically requires video visits. Many older patients  and clients are hardly in the position to use a computer or smart phone to connect with a professional. What is second nature to most of us is often awkward for a senior with limited abilities. They may not be able to pull off a video chat, with all the normal prerequisites of finger dexterity, access codes, Wi-Fi connections, and basic management of the software. And, to be frank, there aren’t enough staff around these folks to stand by and help. For these seniors, phone visits are often adequate and preferred. They’ve grown up with telephones. So far, through much of the pandemic insurers have usually allowed calls to be counted as full “visits.” But those who pay our healthcare bills have a hard time imagining that seniors would be challenged to manage Zoom calls. Most surely need a more active imagination to understand why what is essentially video conferencing is poorly suited to an assisted living or nursing home situation.

There is also an additional advantage to audio-only visits. They allow a person to give up the natural anxiousness that comes with the offering of oneself to the gaze of others. This is no small matter, as anyone with a teen in the house knows. Almost all of us worry about how we will look to others. It’s part of the human condition. Face to face meetings require, in sociologist Erving Goffman’s perfect phrase, “the presentation of self.” Our presence in the same space with others carries the double burden of trying to meet perceived expectations, and implicitly inviting others to judge the-outer most shell of the self.

To some extent that still happens with voice-only messages.  But the so-called “white coat syndrome” is probably reduced. We can retain more of our personal “front,” making it easier to focus on what we are saying. For now, it remains to be determined how routine medical visits will look in the coming years. 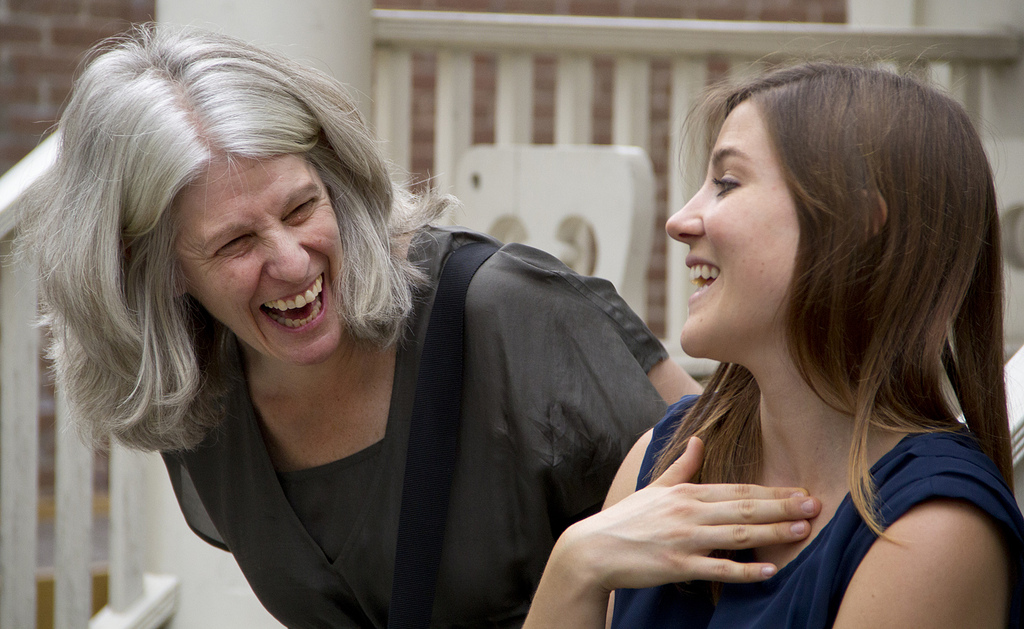