A Coloradan by birth and a resident of Lambertville, New Jersey, Woodward is a Professor Emeritus, author, and former Chairperson of the Department of Communication Studies at The College of New Jersey. He can be reached at

Woodward has degrees in communication and rhetorical theory from California State University at Sacramento and the University of Pittsburgh (Ph.D. 1972). He has taught in England as well as in the United States, and has undertaken research supported by the National Endowment for the Humanities at The College of New Jersey, the LBJ Library, the JFK Library, Britain’s House of Commons, CBS News and C-SPAN. His comments on political topics have appeared in the Christian Science Monitor, The Star Ledger, the Dallas Morning News, CNN.com, The Los Angeles Times, The New York Times and other news outlets.

In addition to an active career as a teacher, book reviewer, blogger and columnist, his scholarly work includes The Rhetoric of Intention in Human Affairs (Lexington, 2013), The Perfect Response: Studies of The Rhetorical Personality (Lexington, 2010), Center Stage: Media and the Staging of American Politics (Rowman and Littlefield, 2007), The Idea of Identification (State University of New York Press, 2003), Perspectives on American Political Media (Allyn and Bacon, 1997) and Persuasive Encounters: Case Studies in Constructive Confrontation (Praeger, 1991). Woodward is the principle author (with Robert E. Denton, Jr.) of Persuasion and Influence in American Life, Eighth Edition, Waveland, 2019). He has been a member of the National Communication Association, New Jersey Council for the Humanities, and The Rhetoric Society of America. 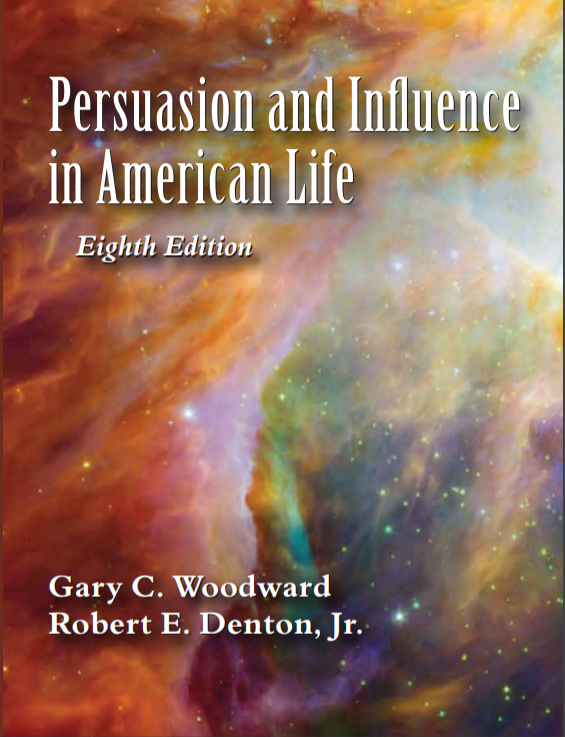