These books are especially thought-provoking for anyone seeking new perspectives on what it means to communicate.

As with every discipline, communication studies includes a special class of books that will profoundly change how we think about the subject. Omitting technical and jargon-laden tomes about communication, I suggest the following as interesting eye-openers that are accessible to any serious reader. All of these books share the trait of forcing us to rethink assumptions that sometimes more comfortable than accurate.

The list is wide-ranging, mixing history with media theory and some far-ranging discussions of what is possible in human communication. Though some of these studies were published years ago, they remain thought-provoking for anyone interested in peeling back the onion of communication to look at some of its inner layers. These books are listed in approximate order of their accessibility to a general reader.

Erving Goffman, The Presentation of Self in Everyday Life (Anchor Books, 1959).  Goffman was a professor at the University of Pennsylvania whose influence has been global. His methodology of deep observation of everyday events provides all kinds of insights about the intricacies of even simple interactions. The book remains a stalwart for anyone interested in the sociology and communication, and for good reason. His observations of the familiar–restaurants especially fascinate him–is the perfect antidote to the bland survey research that now dominates so much of the social sciences. And because he helps us see the familiar in new ways, he’s fun to read.

Neal Gabler, An Empire of Their Own: How the Jews Invented Hollywood (Anchor, 1998). Gabler’s study of the first film entrepreneurs is a wonderful piece of social history. He observes that the men who gave us film factories reliably turning out middle-class visions of the American dream were, in many cases, socially marginalized by a virulent anti-Semitism. The ironic result is that they were sometimes kept out of key institutions in the very town they created. The book also confirms how vital film and its modern forms remain central to understanding ourselves in the world.

Nicholas Carr, The Shallows: What the Internet is Doing to Our Brains (Norton, 2011)  Carr’s popular book makes the case that the pacing and fragmentation of internet content is undermining our abilities to be critical thinkers. If he is not always convincing in describing the effects of heavy doses of screen time now common to almost all of us, his claims raise questions that everyone in the wired portion of the planet should consider.

Sherry Turkle, Reclaiming Conversation: The Power of Talk in a Digital Age (Penguin, 2015).  Sherry Turkle argues in this useful and eminently readable study, that this default model for communication is direct conversation.  And using this benchmark, she offers interviews and observations that suggest we are drifting toward preferences for connecting that weaken our links to full and vital face to face exchanges. Her concern is how we maintain our social nature if our children in particular now fear the unpredictability of direct contact with others. As she notes in her conclusion, “We want more from technology and less from each other. What once would have seemed like ‘friendly service’” from a sales clerk has “now become an inconvenience that keeps us from our phones.”

Joshua Meyrowitz, No Sense of Place (Oxford, 1986). Although written a number of years ago and in advance of widespread use of the internet, Meyrowitz makes what I believe is the best case that newer forms of human communication have undermined the psychological security that came with living only in real space and time. The book is revelatory in its assessment of how visual media work as irresistible magnets for our attention, and how visual media often weaken connections that truly matter. Given his use of seminal thinkers like Goffman and Susanne Langer, Meyrowitz’s framework for assessing communication processes is unsurpassed.  By the end of the book he’s offered a haunting intellectual case for how electronic media have destabilized once secure sources of personal identity.

John Durham Peters, Speaking Into the Air (University of Chicago, 1999). Peters is a Professor of Communication Studies at the University of Iowa and a frequent critic of the common aspirations we have for communication.  The Introduction to this book is alone worth a look.  It takes apart most of the cherished myths we hold, among them: that communication is the best pathway for settling long-standing differences, and the idea that disagreement is just a matter of misunderstanding.  When he starts by noting that “Communication is a registry of modern longings,” a reader can already sense that he is going to deconstruct many a cherished belief about the power of talk. The references in the book are sometimes obscure.  But every chapter has interesting observations, most of which come by quoting writers and thinkers who were experiencing the powers of telegraphy and the telephone for the first time.  Peters also has interesting things to say about communicating with machines, animals and perhaps other sentient beings in the universe.

Hugh Dalziel Duncan, Communication and Social Order (Oxford, 1984)  Duncan was an interpreter and synthesizer of a number of important scholars of rhetoric and literature, most notably Kenneth Burke. In this academic book he offers nothing less than a complete course on how to approach almost any human action as moment of social engagement. His understanding of the wellsprings of comedy is especially rewarding, and further evidence for the old saw that creating humor is a serious business. 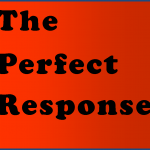