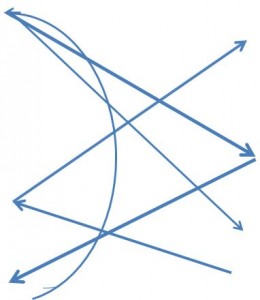 Persuasion is less a single skill than a range of capacities available in a specific circumstance.

A recent study conducted by the social media site LinkedIn ranked skills “in demand” by a broad sampling of employers.  They included certain “hard skills” like knowledge of computer language, as well as more people-oriented “soft skills.”  As reported by CNBC, the two most sought of the latter type were “creativity” and “persuasion.” LinkedIn recommended that job seekers would benefit from a course in persuasion or “becoming a thought leader.” They also recommended a course in consumer behavior: one of a large group of university courses focusing on marketing, advertising and public relations.

As a long-time student of persuasion, I’m grateful for the acknowledgement. And most students get it. Courses in persuasion and advocacy are rarely seen by them as a waste of time. Even so, one-word rankings of traits can easily fall prey to our common habit of asking a term to do too much.  As an idea, “persuasion” actually represents a thick onion with layers of ideas, strategies, unanticipated responses, and complicated effects.  Hence, its less a “skill” than a microcosm for many of the vagaries of human interaction.

To cite just one dimension, a lot of influence-making depends on attributes of character that audiences see in particular sources. The Greeks were the first to note that a persuader’s reputation is a huge wildcard.  The possible permutations begin to multiply rather quickly when we query the nature of character.

It’s useful to remember that figures like Aristotle and the Sophists–itinerant teachers of rhetoric (circa 335 b.c.)–considered the ability to make a compelling case for one’s own honesty was the essential pathway to power within the various city-states where they resided. Aristotle asserted that a person’s “ethos” is probably their best persuasive tool.  He noted that  “who you are sometimes speaks louder than what you say.”  In the preferred term of the times, the virtue of an advocate mattered as much as anything else.

It simply won’t do to reduce persuasion to a set of strategies, if the perceived virtue of an advocate matters as much as anything else.

In terms of this kind of classical analysis, the President may be able to ‘tweet’ with the rancor of a practiced bully.  But who can school him on becoming a better human being? We are always somewhat skeptical about the motives of politicians.  But Trump’s credibility has fallen so low that, as recent polls reveal, many voters and most women no longer believe him.

Source credibility is just one area of many areas that make up the study of persuasion. It is one thin layer of the onion. It helps to illustrate the larger point that persuasion is less a skill than a context-specific capacity  shared jointly by advocates and their audiences. If this plea for complexity sound like the familiar gambit of academics who want to enhance their subject’s importance, I suppose that’s true.  Even so, none of this precludes making a case for a given advocate.  But we must also ask to whom, on what subject, and in what circumstances?  When we begin to focus on the particulars of any single example, naming the positive qualities of a source and their persuasibility is tricky. In effect, it asks us to not just  look at the layers of one onion, but layers in a virtual bushel as well.