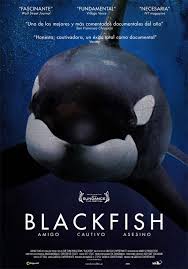 The bottom corner of the Opinions page has become a kind of time-out corner where corporate miscreants try to earn their way back into the fold.

One of the greatest challenges an institution can face is an unanticipated need to counteract news about bad corporate behavior.  There is now a whole field of “crisis communications,” with branches in academia as well as the public relations field. These firms specialize in putting out fires that can flare up when news about their clients is not good. The problem may be bad batches of automobile tires (Firestone and Ford in 2000), sudden acceleration in cars (Toyota in 2004 and Audi in 1987), disastrous oil spills (Exxon in 1989 and BP in 2006), drug safety (Tylenol in 1982), and even the treatment of show animals (SeaWorld in 2013).

For each of these companies the need to reassure the public that they remain good corporate citizens means spending millions of dollars on image-repair advertising. These efforts range from glossy pro-environment booklets sent to schools (Exxon) to quarter-page ads in the New York Times’ Op-Ed page (almost everyone).

The ads in the Times are an especially reliable indicator that a company is going through a public relations nightmare. It’s not that the paper has a huge national following. It doesn’t, at least by the standards of other media like broadcast television.  What the Times provides is a way to reach opinion-leaders and important investors. The bottom corner of the opinions page has become a kind of time-out corner where corporate miscreants can earn their way back into the fold.

These days that quarter-page advertising space has been routinely filled with ads assuring readers that SeaWorld is a good custodian of the large ocean mammals it features in shows at some of its eleven locations. Their problems started with a single documentary picked up by CNN and Magnolia pictures.  Blackfish, a 2013 feature directed by Gabriela Cowperthwaite focuses on a single killer whale at SeaWorld Orlando.  The animal is linked to the deaths of two trainers, as well as a third man found dead in the whale tank after the park had closed for the day. The film does not simply connect the deaths to the Orca.  It makes the case that the captivity of these large sea mammals is inherently inhumane, slowly driving them to erratic behaviors not seen in the wild.

The release of Blackfish coincided with a noticeable rise in public distrust of shows built around animal acts. There has also been a growing consciousness of the precepts of the animal rights movement, which in the United States has moved from the margins to the mainstream. SeaWorld Entertainment has been a lightning rod in this change, becoming one of the most visible targets of Americans newly sensitized to the requirements of capturing and maintaining animals for daily performances.

Crisis advertising isn’t really about the short-term goal of selling more tickets.  The rhetoric is more defensive: partly to reassure general readers who could drift toward open opposition, but also to keep the stock price of the company from going south in a gradual sell-off.  According to the Wall Street Journal, as of February of this year attendance and revenues at the company’s parks had both fallen, with a fourth-quarter loss at the end of 2014 of about $25 million.

And so the ads.  A recent message in the Times “time-out corner” carried the headline MAKING BETTER HABITATS, voiced in the person of Hendrik Nollens, a vet at SeaWorld:

There are two useful conclusions worth noting about this particular case.  First, SeaWorld may triumph and win back its audiences with a sustained campaign.  We have short memories.  And many Americans shy away from messages that redefine entertainment preferences as ethical choices. Second, and even with my caveats, it’s hard to imagine a single documentary that has so galvanised so many Americans.  Blackfish is convincing evidence that the long-form documentary is a powerful kind of persuasion.