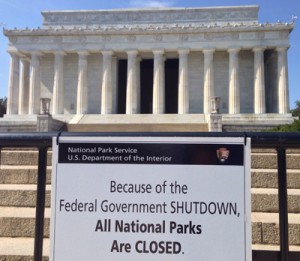 Sometimes the best we can do as advocates is lend our physical presence to a cause.

Evangelicals often talk about their modes of worship as forms of “witnessing.”  Their lives and the ways they live them are meant to be “testimony” for what they believe.  But the term can also be used more broadly. We can see another form of witnessing at weddings.  The point is to be in the same space with the new couple, endorsing their union by our presence.  With less fanfare a notary exists to attest to the signing of a contract or legal document.  And we may be asked to stand up and be counted at a municipal meeting, if a leader wants a sense of how many supporters for a proposed ordinance are in the room.  And, of course, there is the unforgettable young man who placed himself in front of Chinese military tanks during the pro-democracy demonstrations in Beijing’s Tiananmen Square.

Sometimes the best we can do as advocates depends less on what we say and more on the fact that  we have lent our bodies to a cause or way of thinking.

This idea rose recently as I was canvassing for a political candidate with a partner.  The homes we visited were all connected, one front door just a few feet from the next. Our job on this warm afternoon was to go to a number of houses, knocking on doors and expressing our enthusiasm for the candidate we favored.

After perhaps ten homes with few doorbells answered my partner began to wonder whether the effort was doing any good.  Why wouldn’t a phone call been just as effective?  It would certainly be a lot easier.

My answer spoken with more conviction than I’d earned was that it was good for the people who were home but stayed behind closed doors and open windows to know that others cared enough to try to connect. They surely overhead our conversations. Our physical presence in their neighborhood was its own act of testifying; just being there ‘performed’ our conviction in a public way.  And that’s the thing about witnessing; it has to be seen by some audience; it can’t be totally anonymous.

We witness for the cameras and for each other, sometimes using disruptions of the routines of a public space to make a point. Think of protests carried out by the Black Lives Matter movement, Occupy Wall Street, or the silent strike vigils that happen in front of troubled businesses. If we need to give our cause gravitas we can also draw comparisons to Gandhi, to mid-Century freedom rides through hostile Southern towns, or to the current encampments of native Americans near the Dakota Access Pipeline.

We flatter ourselves with what may be unearned leaps up into the thin air of high moral purpose. For sure, our silent presence is not likely to register with anything like the poignancy of the man in Tiananmen Square. But the fact remains:  sometimes the simplest way to make our case is to lend our bodies to a cause, “witnessing” even in silence.