Americans have been stunned to discover that there seem to be no enforceable penalties against a Washington regime that violates written and customary rules.

If we wanted a convenient way to understand the fragility of some of the West’s most storied democracies, we could do no better to look at the nation that was the former leader of the Western world and the nation known as having the Mother of Parliaments.  Both the United States and Britain are in the midst of constitutional crises that can only please non-democratic states that have never attempted to invest sovereignty in their citizens.  Boris Johnson has tried to do end-runs around the House of Commons to avoid its judgment that Brexit should be delayed.  For his efforts he received a rare rebuke from the nation’s Supreme Court.  And his battle with factions in the Commons is only part of the problem. They have withheld a vote of no-confidence because it would trigger an election they fear could give him a free hand to impose a no-deal Brexit. They have cause because it would violate their rightful parliamentary sovereignty.

At this point Johnson has no majority and seemingly not much of a clear path forward, unless he can work out a compromise with the EU.  The traditional opposition, the Labour Party, has decimated itself with a leader many its members to not want. Jeremy Corbyn mostly dithered through the last years of Prime Minister May’s government, giving ordinary citizens fears that a Corbyn government could be worse. Even on Brexit he still manages to stand precariously on the fence. The British system assumes leaders will be supported by their own parties, and ready to take over when the current government has made a mess of things.  That’s not how it’s working now.

The situation is as bad if not worse on this side of the Atlantic.  Like Johnson, Donald Trump’s regime routinely trashes traditions by refusing to submit regular appointments to congressional oversight, ignoring subpoenas, ignoring long-standing ethics rules, self-dealing in ways that promote his businesses, courting foreign powers to intervene in American elections, and overreaching to assert executive privilege.  The impeachment process will be an interesting test. Will staffers and agency professionals be intimidated?  Will subpoenas be honored?  Will executive privilege be used as a smokescreen?  The Constitution is of little help on these questions.

Congress stews in dysfunction, GOP atrophy, internal party gamesmanship, and the knowledge that the current president cannot be turned out through impeachment.

Americans have been stunned to discover that there seem to be no enforceable penalties against a Washington regime that violates written and rules and long-standing courtesies.  The framers of the Constitution gave Congress legislative powers, but no police powers or workable ways to punish those they find in contempt.  And so Congress stews in dysfunction, GOP atrophy, internal party gamesmanship, and the knowledge that the Republican Senate will block efforts to turn Donald Trump out.  What’s remains of the old GOP can been reassured that they are mostly safe under constitutional provisions that guarantee a skewed process for electing senators (two per state, regardless of their size).  In a more representative system California would have something like 36 senators to Wyoming’s 2.

There is a presumption in both nations that their constitutions are bright models for emerging democracies. The common view is that their problems don’t rise to a level that would demand change, though many in Britain now wish they’d bothered to write their’s down.  But the the sorry state of politics in both countries  suggests a need for more constructive criticism of these foundational documents.  Our problems are not just because of our leaders. The bad news, I’m afraid, is that the challenges we face are much more structural than we want to admit. 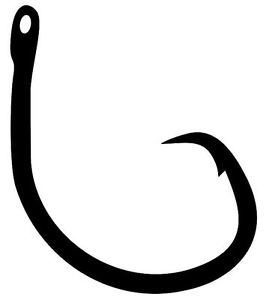