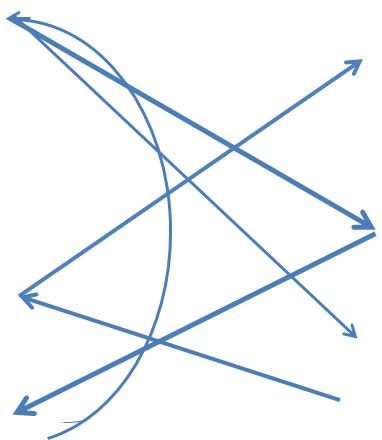 When there are differences of opinion, the richest forms of communication still allow those with contrasting views to walk away, without penalties.

The word “persuasion” is the preferred term to identify moments when one individual or group attempts to alter the beliefs or behaviors of another.  But the word is frequently misused, especially if one “persuader” has used extra-verbal inducements to get what he or she wants. It’s interesting that when Aristotle wrote his own study of persuasion 2500 years ago, he noted that the use of knives and torture counted as “inartistic” forms of influence.  He didn’t miss much.  He would no doubt marvel at the additional bludgeons we moderns use to threaten physical or psychological harm.  The modern equivalent of torture might be the denial of fair compensation, extortion, the possibility of a bad job review.  The ways we can cow each other are nearly endless.

Properly used, “Persuasion” occurs when an individual freely assents to what another asks. No coercion. No risk of retribution.  No organizational advantage has figured in the outcome.  Everything else that may look like persuasion is really what could be called  “compliance-gaining,” as when a boss “asks” an employee to work late.

This is not just an academic distinction with little real-world application.  The difference actually matters. To fully understand persuasion we need to know who or what is actually doing the heavy lifting. The use of threats, power or position are all coercive, a fact that takes away a receiver’s opportunity to truly exercise their own judgment.

As a student of this subject, I’m not especially interested in the idea of compliance. In communication terms  there’s not that much going on.  There’s no grace in using force or a power advantage.  In such cases the unequal distribution of power does most of the work.  It’s like shooting animals within a fenced game reserve.  It’s easily done, but not very sporting.

What is interesting is how we manage to perpetuate the delusion of free choice. My impression is that managers often see themselves as having a knack for engaging with employees, as with the smarmy Bill Lumbergh in the iconic film, Office Space (1999).  The soul-destroying demands made by Gary Cole’s character are covered in a sticky syrup of forced collegiality. Lumbergh may believe he has the pulse of the office, but the film knows better.  As this clip from U-tube shows, he doesn’t have a clue.

By contrast, there’s real pleasure in participating in communication where every side retains the right to walk away with no penalties. That fulfills our faith in a democratic values, especially another person’s right to their opinion. That’s why democracies are called “open societies.”

The problem is the indiscriminate mixing of persuasion and compliance-gaining as more or less the same thing . For example, journalist Steven Greenhouse misses the point when he notes in a recent Atlantic article that Wal-Mart “persuades” its employees to be anti-union. What his otherwise useful reporting actually describes is pure coercion. Try and unionize and you are simply out of a job, or your unit is shut down. Similarly, courses and texts in “leadership” often trade heavily in the language of equal-to-equal communication, ignoring explicit organizational hierarchies.  All of this is represented in phrases like “team-building” and “group problem-solving:” the kinds of things we are likely to hear from faux-egalitarians like Lumbergh.

No one wants to be the apparent autocrat issuing orders. Most of us would like to be seen as good listeners open to the ideas of others.  But openness needs to be earned by accepting the right of an audience member to say no, without penalties.