We don’t need Professor Harold Hill to tell us there are troubles right here in River City.  Indeed, the existence of a pool hall seems to be the least of them.

One of the oldest and most recognizable rhetorical forms is the jeremiad, which is a warning or a call to action for others to change their ways. Jeremiads are a popular form of public rhetoric, seen and heard in news columns, religious tracts, documentaries and political speeches. And then there is your insufferable Aunt Tilly. The best we can do is suffer through her endless admonitions. Jeremiads typically describe a whole cluster of problematic habits or behaviors, which I suppose can be seen as a sign our abilities to imagine the world as it might be.

In short notice any of us can emit a jeremiad.  For some reason it can feel good to tell others they are on their way to one of the circles of hell.  The form is named after the Old Testament prophet Jeremiah who condemned idolatry, corrupt priests, and those who would sell themselves as “false prophets.” Sin travels hand-in-hand with the cautionary warnings of proselytizers.  And so it is with their secular counterparts who thrive on doomsday warnings that others seem unable to heed.  My best childhood memory of church was the booming voice of J. Carlton Babbs reminding his Methodist flock how very near we were to the precipice.

If this all sounds a bit self-righteous, it surely is.  But jeremiads also provide the necessary churn to prod the rest of us to consider the consequences of our actions. We don’t need the reminders of Professor Harold Hill to tell us there are indeed troubles right here in River City.  Others are eager to pitch in to feed our natural meliorism.

The young have an aversion to jeremiads as much as the old are compelled to issue them.

Those of us with an abundance of judgments about how the social order should work are eager to tell others what they are doing wrong.  For reasons not clear to me, this rhetorical gene seems to especially thrive in men. Freely sharing opinions is a masculine trait.  We can cite the Puritans in early America.  But we could just as easily point to many of our contemporaries who take to jeremiads like fish to water.  We usually think of older evangelicals that have any number of warnings to offer to their straying flocks.  But think, too, of a broad tradition in liberal politics, well represented by Bernie Sanders or the iconoclastic writer, Chris Hedges, both of whom describe current economic, foreign policy and healthcare policies that will lead the nation to ruin.  As befits their unsettling nature, the best jeremiads give us no comfort because we know that they are probably justified.

Even this blog indulges in its share of fire and brimstone religious tracts. The constant complaint here that distraction is the communication malady of our age represents a difference in kind, but not in form.

The young have an aversion to jeremiads as much as the old are compelled to issue them. Cautions on behavioral and lifestyle choices receive a chilly reception from teenage audiences who have often been inoculated against hearing yet more advice.  Some interesting recent research suggests that even peer-to-peer appeals for such basic forms of self preservation such as lowering the volume levels of headphones typically fall on those ostensibly damaged ears.  Newer members of the human race are not all that interested in hearing how older generations became sadder but wiser. It is probably some mysterious generational thing.  But it is also an understandable impulse that the young would like to make their own mistakes. 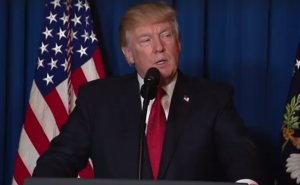