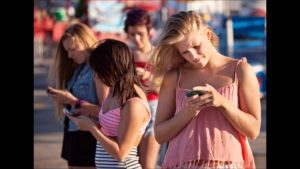 It’s not only our nature to be role-players, our mental health may depend on it.

One of the more interesting paradoxes about human communication is the high contrast between our admiration for personal “genuineness” against contradictory evidence that we are really many selves. To be sure, there can be no question that a perception of personal authenticity is comforting. We express justifiable contempt for liars, phonies, and acquaintances whose deeds and words simply don’t match up. “Two faced” or “duplicitous” are among the nicer terms used to describe folks who seem to have fallen short. And yet the evidence is all around us that our ability to function in various communities requires adaptations that turn us into distinct if not wholly different persons. As exhibit “A” consider George Orwell’s well-known description of a restaurant manager in his book, Down and Out in Paris and London:

This is a man who is simply doing his job.  A maître’d’s success requires a minimum of two selves, and probably many more. And he is not alone. His situation has its counterparts in ordinary lives that barrel through full schedules that require constant adjustments to the persona we offer to others. Indeed, a video crew following us around for a few days would probably record that most of us are virtual repertory companies of one, adjusting, enhancing or concealing aspects of our elastic and complex temperaments. We know the value of making the necessary adjustments. At a party, for example, its a good bet that vegetarians will not try the meatballs. But most will still fulfill the role of the compliant guest, perhaps not even mentioning their dietary preferences.

Our expanding repertory requires the mastery of a range of suitable scripts.  What can you say at a funeral? On a first date? At a job interview? As a group leader?  We listen and learn, using an increasingly familiar script to match the role, all the while growing comfortable in the part.

It’s not only our nature to be role-players, our mental health may depend on it. Adaptability is a cherished social skill. We are graded on it in primary school, especially in the United States.  There are countless sets of job reviews, psychological tests and ad-hoc measures of personal maturity that explicitly stigmatize inflexibility. In organizational life as in relationships it’s frequently  a person’s behavioral and rhetorical rigidity that gets them in trouble.  “Pathological” has become a near-synonym for the rigid thinker and obsessive behavior.

True, the single hold-out can be both the hero of a story or its villain.  For heroes  think of Henry Fonda in Twelve Angry Men (1957) or Lionel Barrymore in You Can’t Take it With You (1938). But in the organizational world we often decry leaders who can’t adapt to the times, or the under-appreciated talents of their subordinates.

To be sure, there are always the inflexible who try to make a career out of an ostensibly consistent and single identity. But frequently making an issue of violated boundaries begins to look like selfish prevarication. That’s what third acts are literally about.  Watching a film or play, we wait for the likely third act transformation of a character in trouble. Change is in the wind. Can they manage it? We want them to find the resources to become who they must.