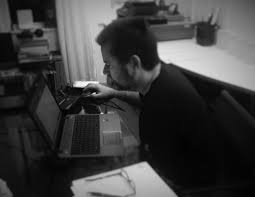 A “virtual seminar” is a non-sequitur.  So is a “virtual experience,” unless a person really does feel enchanted by what they see on their phone or a computer screen.

A tech columnist in the New York Times just noted that he’s never been more busy that with his “virtual” life online.  Indeed, he expressed some pleasure with “living online,” noting that he has more invitations to watch, observe and participate than he has ever had.  He said he was surprised at how lonely he wasn’t.

It’s possible, I supposed.  And to be fair, many of us are able to move onward in this troubled spring doing some of our work online. But here’s the rub.

We can easily let our language deceive us to accept that “living online” is existing in some sort of elevated state. All we need, goes the logic, is a good screen and the endless platforms and distractions it can offer us. Without doubt it surely gives us a chance to connect with others, many of whom have arranged their public screens a little like the department store window displays. Others use Twitter to hone their skills as potential insult comics. These kinds of things surely represent some kind of life, but one that seems less than fully actualized.  Media forms that truncate our natural sociality diminish us.  We offer a smaller and less nuanced version of ourselves online.

“Computer-mediated reality” remains a distant runner-up in the sweepstakes of what it means to be part of the world.

I’ve tried to convince myself and my students that finishing out a class this spring as a “virtual seminar” is doable.  And we are all game  to try.  But I will sorely miss being in the same space with my sexteen students–reading their body language of engagement or boredom–as we bore into the work of a series of thought-provoking writers. Earlier in the semester we surely had moments of insight.  I’m less certain that will happen online. To be sure, the readings can continue without a meeting together, but probably about as well as a book club that never bothers to collect themselves in someone’s living room.

A “virtual seminar” is a non-sequitur.  So is a “virtual experience,” unless a person really does feel enchanted by what they see on their phone or a larger computer screen.  Can that be possible?  I’m from Colorado.  Enchantment is seeing Mount Evans tower above Denver in the late afternoon.  Enchantment is sitting at Sprague Lake in Rocky Mountain National Park, looking at 14,000 foot peaks that seem close enough to touch.  Enchantment can even be taking in the expanse of New Jersey’s beautiful Rosemont Valley from a neighboring ridge.

Language often has a way of laying down apparent “truths” that aren’t quite so obvious on closer examination. I’m glad to use computers as tools to wrap up this broken semester.  But “computer-mediated reality” remains a distant runner-up in the sweepstakes of what it means to be part of the world. 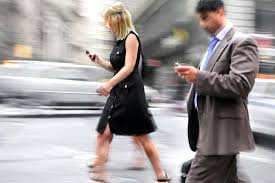