The current President produces a jarring and familiar sense of dislocation:  behavior rife with violated norms, intimations of collusion with shady figures, and shameless cronyism.

Using the foreshortened perspective that looking back in time allows, its easy to see the United States as a civil society that is nearly always peering into the abyss of political crisis. These varied downturns are not quite existential threats; there’s usually no fear for the survival of the republic.  But as they unfold in real time, they can still seem overwhelming.

As young people, our parents or grandparents stared down the gunbarrel of international catastrophe.  Eventually, America’s participation in the Second World War became heroic.  But the threat of a Nazi Europe  and a rising Japan left few untouched.  Germany’s bid for hegemony clearly failed, yet the eventual petition of western Europe at the hands of our former Soviet allies triggered new waves of governmental overreach.  Congress was at the center of anti-communist hysteria that chained out in fantasies of internal subversion. Throughout the 1950s, those who traded in such dystopian speculations were certain that Americans were not safe as long as the likes of Leonard Bernstein or Dalton Trumbo were loose in the Republic.  What would eventually become McCarthyism pushed America into bouts of anti-intellectual fervor that equals the magical thinking that now dominates our news.

In different ways it would be no less for ‘boomers’ like myself growing up in the 1960s. The proliferating spread of television put us in a front row seat for a stormy decade that would rob the nation of 58,000 American lives in Vietnam, a popular President and his brother, and the nation’s leading civil rights leader.  Racial tensions flared into open mayhem in Detroit, Los Angeles and other American cities. And within a year of the worst riots, the nation shamed a discredited Lyndon Johnson into declining to serve a second presidential term. The new heir to the office in 1968 was a moody Republican whose own devolution would be complete in the first years of the next decade.  Richard Nixon eventually resigned, impeached and disgraced. That was only a few years after the hot summer of political violence that culminated in a “police riot” and bloodshed at the Democratic Party Convention in Chicago. As a high school student living through the 60s in the sheltered heights of a mountain town, I can still recall a sinking feeling that the meltdowns of the decade amounted to a kind of second Civil War.

It seems like American politics is much like North American weather: brutish, prone to jarring changes, and sometimes lethal. Even so, it is interesting that Canadians living under the same meteorological forces seem more willing to forgo the kinds of tribal battles that routinely drain Americans of the natural optimism. Issues that easily cripple and harden Americans—health care, regional sovereignty, “fair” taxation—seem to be resolved with more grace and less drama by our northern neighbors. Is the fact that the nation never suffered through a crushing civil war a factor? Canada’s lesson for us is that nations not on the brink offer fewer psychological rewards to those who would make virulent opposition a lifelong occupation.

The challenge of nurturing a successful civil society is not just our battle to wage. In smaller and different ways some of the same issues exist in important nations in Europe. But it feels like we have the dubious distinction of constructing crises of our own making, putting ourselves at a disadvantage to find pathways of communication that can take away the strangeness of our neighbors. 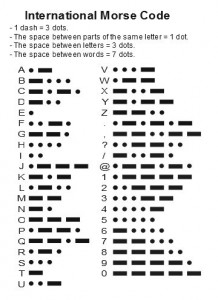