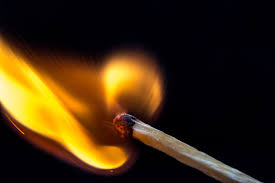 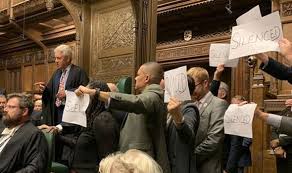 The capacity to take endless numbers of pictures has outstripped most useful reasons for sharing them.

When I was still a student, I spent part of one fall working for a candidate running for the Senate from Pennsylvania.  If our team was not yet known as one of the gangs that couldn’t shoot straight, we’d soon make a claim for the title.  One event we planned was a simple ‘walkabout’ in downtown Pittsburgh. It’s a conventional campaign move to notify the press and promise them pictures of your guy mixing it up with voters.  But there was a problem with this particular event because we planned it for a Sunday.  That was mistake number one, since the Golden Triangle on weekends was then a ghost town.  Office workers were clearly restored to the suburbs by the end of the of the workweek on Friday.  Pittsburgh was not quite the active American city that it is now.

Nonetheless, we did find some people for the candidate to meet. And without a second thought we moved in to introduce him, even though the few persons around were surprisingly reticent to be photographed.  We had obviously missed the source of their reluctance, which was directly above our heads in the form of a theater marquee. Mistake number two: we were standing in front of a porn theater.  Clearly a photo of the candidate under neon ablaze with a lot of X’s was not a winning political move.  But give these folks staggering out of the theater some credit; they seemed to be as faithful in their Sunday morning attendance as the Presbyterians pouring out of their church down the street.

For this and many other reasons our guy lost, and I returned to the  easier world of teaching and writing about politics.

His vacation-by-proxy has triggered your downward slide toward semi-consciousness.

The phrase “photo op” may have been a common idea then.  But that usage is now too narrow.  Today many of us are in the business of looking for visual opportunities to capture on our phones. That’s bad enough for the rest of us that have to look them, but made even worse by the fact that there is no longer a financial penalty for being a kind of serial shooter.  There is almost no cost associated with producing images on digital media.

So now some of our encounters with friends are. . . how can I put this? . .  photographically impaired.  Instead of a routine conversation, there is too often a moment when the friend reaches into a pocket to pull out a phone. The heart sinks as he thumbs his way to a photo library that is revealed to be indecently large.  How bad can it be?  Perhaps we should be thankful he hasn’t downloaded all of Gone With the Wind.  More likely, the scrolling images remind him of other recent high points he is only too happy to find on his small screen.  Who wouldn’t  want to share the joy of a hummingbird at 40 yards? You feign interest. But he has a lot of pictures.  And if he’s been traveling, he will probably show signs of anticipation at the opportunity to relive his entire vacation. The extended narrative that can come with even the most homely shot can roll out like a kite string. And as all of this happens, his sidewalk reverie is becoming your nightmare. His vacation-by-proxy has triggered your downward slide toward semi-consciousness.

In the analog era it was the case that a long-lost friend might have had a few pictures in their wallet or purse.  If they had kids, they were expected to trot out one per child, even though you could predict that the youngest would always look like Winston Churchill.  You dutifully professed awe at their perfect beauty, and it was quickly over. The few pictures went back in the wallet and a conversation could then continue.

But now many of us think of ourselves as Ansel Adams. The capacity to take pictures has outstripped any functional reasons to share large quantities of them.  A “conversation” built around one’s own snapshots is actually a monologue. And it’s another reason to consider disarming visitors right at the front door. There has to be a nice way to say that there will be no photo ops during their visit. Allow them in, but be sure their miserable tiny screens have been stored out of reach.