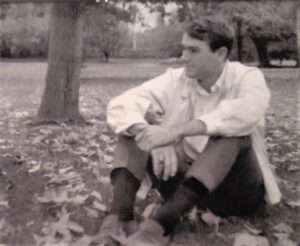 No one abandons the memories of their late teens. They are an inevitably distorted, but tempting maps for finding a way back to our younger selves.

I’ve spent a long career with college undergrads, most of whom are at the end of their second decade. It seems natural to have an interest in how they have adapted to our times.  I reached the similar age of 20 in 1966:  then as now, an increasingly stormy time for the nation.  Even with almost two generations separating us the differential is not as big as it might seem. Since I work with them almost every day, their lexicon is not so alien;  we bridge the gaps that remain without a translator for me or a museum docent for them.

Among other thoughts, I have questions. Was my sense of disorientation like what so many of my current students seem to experience?  Was I as indifferent to the value of given subject as some of them seem to be?  And did I see myself as swimming against the strong current of American culture? Comparisons are inevitable, some tilting in their favor, some in mine.

To their credit, they seem comfortable around each other. And many are better writers and surprisingly at ease when placed in demanding job settings.  Their more visual minds also pick up what older adults might miss. Their imaginations are triggered by images of people and things. But it also goes the other way; ideas that should dance on the printed page are less likely to captivate.  Many struggle to get beyond screens and think abstractly.

This is a very different world than the fraught 1960s. The prejudices that passed as norms and oppressed many Americans have receded. There can be no question that the ethnic and racist rancor of my generation has not fully abated. But for these college students, social justice is a starting presumption, not just an aspiration.

There is also a new focus now that was hardly named a generation ago. Interestingly, because the stigmas associated with mental health challenges have diminished, the anxieties that often come with this comparatively young age are now named and clinicalized. Students will talk more freely about their bouts of depression or anxiety, often using them to beg off fixed deadlines. 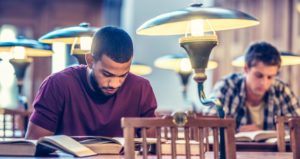 And no generational divide seems sharper than that which separates “digital immigrants” from “digital natives.”  My students are the latter. The presence of the internet for most of their lives has turned their knowledge base into levels of awareness that can be impressively wide but also quite shallow. Most seem to have opted out of keeping up with the nation’s civil life.  Too few seek out real journalism or know what it is. To be sure, they scan a lot of headlines.  But fewer read for news they need to know.  Fewer also read the required readings in their courses, or the prodigious output of America’s best writers. These days, library books tend to remain on the shelves. A celebrity followed on Instagram will likely draw a crowd on campus. But it can be hard to fill seats for a speech by a seminal author or thinker.  These patterns are reminders that the long-form media that beckoned in the analogue era of mid-twentieth century America has fewer contemporary counterparts. Once in dorm rooms, books and record albums were piled high on wood shelves separated by concrete blocks. Texts from previous courses were sometimes saved and re-read. I recall choosing my major and maybe my life track because of one assigned book brimming with interesting ideas:  Murray Edelman’s The Symbolic Uses of Politics (1864).

To be sure, my undergraduate knowledge of the Korean War or the contents of Uncle Tom’s Cabin were hazy at best.  And my early education in Colorado skipped virtually any discussion of human rights.  With my peers I didn’t much notice that my campus in a state rich with Latin American influences was mostly a haven for middle class whites.

It’s also interesting that in the older era, parents and family life tended to recede. Indeed, parents often hoped that a campus might be a place their son or daughter would begin to find their own way.  By contrast, the links are now stronger for many of my students; smartphones remain permanently open to frequent conversations with family members who may be off site, but are rarely out of mind.

There are other significant differences, many triggered by my transitional status as a mostly clueless Sophomore who had transferred to a California campus. Over that year I clung to a few constants as way-points in a new region:  a functioning car, a new girlfriend, weekends spent on the rugged coast north of San Francisco, and maybe a Saturday night band job playing at a wedding or dance.

Most of all, I recall that I could also count on a sense of foreboding that returned on Monday mornings. It hung over me and all of my male friends who also had low numbers in the national military draft. The smaller the number, the more the fates favored your chances to be selected in this lethal lottery. The draft constantly trolled for college-aged men that Pentagon fantasists sought to stem the red menace in Southeast Asia. News that a person had been summoned into the Army could land in our mailboxes as casually as a flyer announcing the next fraternity mixer. 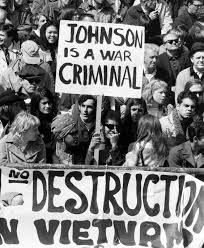 America was still two years away from the national meltdowns of 1968 when Kennedy and King were assassinated and our cities were in flames. But a burgeoning anti-war movement easily coaxed apolitical sons of the suburbs like me into contempt for the Johnson administration and the escalating Vietnam War. The iconoclastic warnings of Stokely Carmichael, Jane Fonda and Jill St. John got our attention.

In 1966 we could not know that 58,000 Americans would eventually perish in this useless quagmire. Easily a half million more were left with permanent physical and mental scars. The “shooting bloody” footage that turned up on the CBS Evening News and elsewhere confirmed our worst fears.  Life in the U.S. could be perfect if we were lucky,or ‘pulled strings’ to survive this national nightmare.

The prospect of being sucked into it left me anxious to the point of not eating. So the epidemic of students today reporting bouts of depression makes perfect sense, though the causes are different. Just paying for school is one contemporary source of worry.  In the 60s the states funded public higher education at a much higher rate. Where I paid $126 a year for tuition at Cal State Sacramento, my current students at a “best buy” state school now pay about $16,000, before adding the costs of room and board.  Chronic debt spooling out to the horizon is its own form of a low draft number.

Our fully professional military these days seems to be Donald Trump’s preferred form of statecraft, leaving most Americans queasy over the abandonment of a long-successful doctrine of ‘soft power.’  It’s one of the ways the nation has lost its way.  Add in the decline of worker benefits, long-term job security and decent middle incomes, and youthful optimism for the future is bound to wither.

I’ve had the same career in the same place for 47 years. But my students’ working life is likely to take more turns than a road in the Sierra foothills. And we can add some other destabilizing factors. Online pictures of fame and material success dog them endlessly. Yet there are fewer spiritual anchors or relatives who have escaped hard times. Younger audiences in 1967 knew why The Graduate’s Benjamin Braddock was in a funk. My student’s taste for dystopian videos and films suggest even a less firm sense of place. What has replaced the American Dream that motivated young adults through most of the 20th Century?  Is there still the promise of a secure future after sixteen years in one classroom or another? To be sure, a baseline of can-do optimism can still be found, but many seem less certain than my younger self of what ‘the good life’ should look like.

The current President produces a jarring and familiar sense of dislocation:  behavior rife with violated norms, intimations of collusion with shady figures, and shameless cronyism.

Using the foreshortened perspective that looking back in time allows, its easy to see the United States as a civil society that is nearly always peering into the abyss of political crisis. These varied downturns are not quite existential threats; there’s usually no fear for the survival of the republic.  But as they unfold in real time, they can still seem overwhelming.

As young people, our parents or grandparents stared down the gunbarrel of international catastrophe.  Eventually, America’s participation in the Second World War became heroic.  But the threat of a Nazi Europe  and a rising Japan left few untouched.  Germany’s bid for hegemony clearly failed, yet the eventual petition of western Europe at the hands of our former Soviet allies triggered new waves of governmental overreach.  Congress was at the center of anti-communist hysteria that chained out in fantasies of internal subversion. Throughout the 1950s, those who traded in such dystopian speculations were certain that Americans were not safe as long as the likes of Leonard Bernstein or Dalton Trumbo were loose in the Republic.  What would eventually become McCarthyism pushed America into bouts of anti-intellectual fervor that equals the magical thinking that now dominates our news.

In different ways it would be no less for ‘boomers’ like myself growing up in the 1960s. The proliferating spread of television put us in a front row seat for a stormy decade that would rob the nation of 58,000 American lives in Vietnam, a popular President and his brother, and the nation’s leading civil rights leader.  Racial tensions flared into open mayhem in Detroit, Los Angeles and other American cities. And within a year of the worst riots, the nation shamed a discredited Lyndon Johnson into declining to serve a second presidential term. The new heir to the office in 1968 was a moody Republican whose own devolution would be complete in the first years of the next decade.  Richard Nixon eventually resigned, impeached and disgraced. That was only a few years after the hot summer of political violence that culminated in a “police riot” and bloodshed at the Democratic Party Convention in Chicago. As a high school student living through the 60s in the sheltered heights of a mountain town, I can still recall a sinking feeling that the meltdowns of the decade amounted to a kind of second Civil War.

It seems like American politics is much like North American weather: brutish, prone to jarring changes, and sometimes lethal. Even so, it is interesting that Canadians living under the same meteorological forces seem more willing to forgo the kinds of tribal battles that routinely drain Americans of the natural optimism. Issues that easily cripple and harden Americans—health care, regional sovereignty, “fair” taxation—seem to be resolved with more grace and less drama by our northern neighbors. Is the fact that the nation never suffered through a crushing civil war a factor? Canada’s lesson for us is that nations not on the brink offer fewer psychological rewards to those who would make virulent opposition a lifelong occupation.

The challenge of nurturing a successful civil society is not just our battle to wage. In smaller and different ways some of the same issues exist in important nations in Europe. But it feels like we have the dubious distinction of constructing crises of our own making, putting ourselves at a disadvantage to find pathways of communication that can take away the strangeness of our neighbors.