Our constructed selves are mostly held together by a desire to assert identities intended to cast a shadow.  We want to be presence; someone who is more cause than effect.

With its nearly infinite varieties, communication is usually about nuance.  Few challenges or strategies are foolproof or easily applied.   Even ‘best practices’ are usually contingent.  But this is not true if we seek an answer to at least one straightforward question.  When the query is ‘what is the most common deficiency most people show in their interactions with others?’ a firm response can given in two words: effective listening.  This is mostly because the mantra of our age is to first take care of ourselves. This may usually be good for our overall mental health, but it can be no surprise that our interactions reveal a common desire to bring most conversations back to ourselves.

This is an age where celebrity demands our attention; we routinely honor people who make their mark through whatever forms of validation we admire.  Our media is populated with these figures. And as more and more research is confirming, social media often function the same way, offering constructed displays of enviable lives. It follows that our own efforts at self-repair are motivated by the desire to offer versions of ourselves that will cast a shadow.  We want to be presence; someone who is more cause than effect; the one who is the source of attention rather than the one who attends.

Cameras were once used to capture the images of others.  Now they are often turned around to create ‘selfies’ that we can pass along the digital food chain.

And so communication between equals can easily devolve into exchanges that can best be understood as ‘taking turns.’  The preoccupation of self that defines our age plays out in the simple desire to be at the center of typical exchange, preferencing our judgments and conclusions over interest in giving others space to lay out what are often extended narratives.  For example, cameras were once used to capture the images of others.  Now they are often turned around to create ‘selfies’ that we can pass along the digital food chain.

The impulse to be heard rather than to hear is unevenly spread across the culture.  It seems strongest in adults, which is perhaps why so many young adults are impatient with offers of advice from older family members. The circles of influence for the young are smaller and tighter, leaving less of an appetite for giving time to parents who are ready to assert their authority and credibility.  We’ve even turned this pattern into a Hollywood trope: films about the lives of teens rarely allow parents or teachers to be the pivotal influencers they hope to be. Think of Greta Gerwig’s recent film Ladybird (2017).  Mom and daughter are mostly on different planets. Screenplays like Ladybird typically write older figures as foils more than resources.

It’s not that we don’t listen to anyone anymore.  Functionally, most of us spend large parts of every day in front of a screen that is asking for attention to spoken or written messages.  But this is ‘listening’ at its lowest gradient.  Peripheral attention to a figure in a video is qualitatively a long way from the more active listening that is often needed to produce a conversation that can be enlightening or even transformative.  Our excessive attention to packaged media requires only a passive kind of reception, setting us up to be frail listeners when circumstances demand so much more. 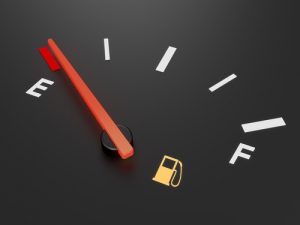 The body levels a kind of energy surcharge for focusing on the feelings and ideas of others.

New cars come with instruments that let a driver know how well they are stretching a gallon of gasoline.  Hit the accelerator for repeated jackrabbit starts and the car will let you know you could do better.  Mine has a video display that sends a not-so-subtle message of leaves falling off branches.

We don’t have the same metrics to let us know when we draining our personal energy supplies.  But we know.  Spend an afternoon hiking, cutting wood, cleaning a house  or listening to Uncle Fred’s conspiracy theories and we can immediately recognize the effects of physical or mental exhaustion.

The last instance is a special case.  Straining to capture another’s words is tiring: perhaps less in terms of calories burned than in the mental fatigue that comes with processing and reacting.

For most of us, speaking appears to be the key communication challenge. Who doesn’t blanch at the thought of formally addressing a group?  But accurate and thoughtful listening is often more demanding. The body levels an energy surcharge for being intensely engaged with the feelings and ideas of others.  Following another’s rhetorical wanderings is more taxing than creating our own. Even though the body appears to be inactive, the mind may need to function like a turbocharger responding to an engorgement of air and fuel.

Some jobs are repetitious. We can perform them without becoming cognitively engaged.  But talk to a psychotherapist, a judge, a court reporter, a good customer-relations specialist or a score of individuals in the “people” business, and most will report mental exhaustion at the end of the day.  Hearing others well enough to successfully deal with their problems is an underrated skill. I’m certain the hardest work I do as a professor is–of all things–listening to formal student debates.  In my course in Argumentation I need to hear and assess speeches, rebuttals, counterclaims, and cross-examination questions and answers.  At the end of the debate my notes look like less organized version of a New York City subway map.  Even so, I still miss a lot. Tuning out for even a few seconds allows ideas to escape unheard or underappreciated.

It helps to formally put the task on the day’s agenda of the hard work that lies ahead.

None of us are immune from the fatigue that comes with listening for meaning and nuance.  What helps, however, is the creation of a conscious awareness that an impending listening task will be its own kind of tough work. For this reason it helps to acknowledge listening challenges to be faced before they start. Just as you might “psych” yourself help for a presentation to a group of people, it is helpful to mentally process the fact that the next minutes or hours will require some prodigious listening. This puts the task on the day’s agenda of the challenging work to be completed.  Think of how often you pass on specific and important information to others who show no sign that they see the moment as significant.  Note taking, or asking for clarification would be what most information-givers would like to see.  What we usually get instead is an individual cognitively ‘idling’ while giving the appearance of being tuned in.

It would be nice to report that mental effort burns calories.  But that’s not really the case.  Mental exertion does seem to burn glucose, but that’s no pathway to weight control.  And there’s the rub. The energy we expend in active listening produces mental fatigue, but not a physical “burn,” giving most of it’s benefits to the person who was given the gift of being heard accurately.