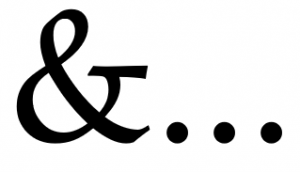 Written texts give us a chance to polish our thoughts. But they come without the immediacy of ’embodied’ speech.

Researchers looking at manuscript copies of oral messages are often surprised to discover how broken, incomplete and scattered they can be.  Material written down is usually worked out to make an idea “scan.”  By contrast, conversation mostly happens “on the fly.” To see the second in the form of the first can be jarring. On the page, a conversation is full of thoughts that trail off, sentences left unfinished, pauses, irrelevant U-turns, and many “you knows” or “umms.”  Interestingly, conversation usually happens without much reference to hard information or confirmed facts.

And yet there is value in performing our attitudes in the scattered cadences of speech.

Functioning as the carrier of our own thoughts  is very different than sending them on their way in our absence.  We have increasingly embraced the idea of allowing what we think to exist only on the page or a screen.  But we often get more from communications that involve people ‘performing’ their passions. Our spoken rhetoric has a recognizable “signature.” The ways we say words can reveal our state of mind.  Some words are meant to be cradled as they are delivered.  Others are spoken as if in quotes, suggesting a personal distance we want to keep for the idea we are expressing.  And some sentences are initiated with so little conviction that we lose interest in finishing them. So we usually accept the messiness of the process as normal and revealing. The verbal riff that goes astray causes little worry.

Interestingly, stutterers sometimes report greater alarm over their momentary hesitations than those who listen to them. I had a college professor who tripped over the first syllables of words when he was his most animated. The small tic was actually effective. His nonfluencies signaled his enthusiasm for an idea.  His eyes would brighten as a worthy thought crossed his mind.  He’d begin to stammer a bit.  And soon his ideas would spill across the threshold of the verbal blockage at lightning speed. The effect was sheer eloquence.

Scriptwriters usually flatten the rough edges of conversation. The goal is to make every word count in the fragile medium of ear-based communication.  But some are able to suggest the serendipity and confusion that comes with words spoken in a rush. The best, like David Mamet, add depth and mystery to their stories by preserving the broken rhythms of natural dialogue. His terrific psychological thriller The Spanish Prisoner (1996) is a classic case.  The story about the theft of an industrial process is given depth by broken cadences of the characters’ interactions. Click below to see a representative scene.

It’s clear that nonfluencies are woven into the fabric of communication.  And there is something to cherish in the immediacy of embodied speech. But it’s also clear that we notice them more when oral speech is written down. The difference is a reminder that written prose is the nominal result of critical thinking. Words on the page or screen invite us to test and reconsider our thoughts. That’s usually a win for basic rationality, but not always. After all, the mindless rhetorical ejaculations from Twitter and elsewhere are also “texts.”