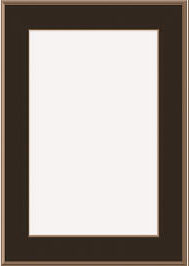 After the first few weeks of the Trump Administration we can begin to see the rhetorical style he will adopt as the nation’s chief executive.  And it’s altogether unsettling because it is still mired in a rudimentary campaign style we expect leaders to abandon as chief executives.  Presidents need to act on the premise that they have the interests of the entire nation at heart.  What will work for an insurgent candidate—and Trump was a classic example—is not suited to the kind of useful bridge-building that we expect from a President.  The nation’s leader must be at least nominally respectful of the other branches of government: the courts, congress and the “fourth branch:” a free and independent press.  Presidential language is usually inclusive rather than divisive, better when talking about “us” rather than “I” or “me,” and usually aspirational rather than apocalyptic.   We want leaders to recount the myths about ourselves we want to believe.  “Making American Great Again” partly fits. But given Trump’s history, the phrase carries the stain of retreat at the very time that the American project has made enormous gains:  in LBGQ and women’s rights, economic recovery and a rising African American middle class, a more inclusive approach to health care, the rebirth of many American cities, and meaningful action to curb environmental abuses.  So for those who see social and political progress in American life, a program to make the country what it once was triggers the corollary question: what exactly is the moment in our past that you want to revisit?   Most college educated Americans are well-versed in patterns of recent history that indicated narrower opportunities for African Americans, women, and others who felt the effects of discrimination.  Is there anything that motivates this vision beyond the admirable but questionable possibility of more home-based manufacturing?

Trump’s recent rhetorical style doesn’t offer much reassurance.  Combine his sentimental search for a better past with the puzzling impulse to speak telegraphically, and there are few opportunities to amplify a coherent vision of where he wants to take the nation.  It used to be a liability to speak only in short sound bites.  Trump has tried to turn that style into a leadership asset that seemed to work best in counties with citizens who are generally less productive and less educated.1

Additional aspects of his style are now well known or will be.  Here are just three:

He is excessively self referential.  Trump has a hard time engaging values and ideas.  He clings to discussions of his actions and successes, along with those whose slights are renamed as threats.  Hence we get the rather offensive message delivered as an adolescent Tweet that “the media” are “the enemy of the American people.”  Among most American thinkers, Thomas Jefferson would been aghast to hear such a statement.

To be sure, Trump is not getting good press.  But he seems to have forgotten the old adage to not argue with people who buy ink by the barrel.

The President lacks subtlety, often veering into the realm of hyperbole.  His words now come back to him as caricatures:  “Sad!,” “disaster,” “loser,” “moron,” “bad,” “amazing,” “huge,” “sick,” and so on.  It’s a language hovering at the fringes of false dualisms.  Consider this segment from his press conference of February 16: “I inherited a mess, it’s a mess at home and abroad. A mess. Jobs are pouring out of the country. See what’s going on with all of the companies leaving. Going to Mexico and other places. Low minimum wages. Mass instability overseas no matter where you go. The Middle East, a disaster. North Korea. We’ll take care of it folks. We’ll take care of it all.”

This kind of disaster talk is the way a homeowner might first react on discovering a flooded basement.  But as President he will need to come to terms with the world as it was before Trump noticed. “Taking care of it all” is not in the cards. If ever a figure needed a sense of history and the soft touch of nuance, it is an American leader trying to govern a diverse nation.

His rhetoric signals an individual who is paradoxically needy, but not very “other directed.”  He seeks approval, but only on his terms, something that will be increasingly problematic as he is forced to maneuver within the federal establishment.  He won’t be able to “win” every time he tries.  And courtship and compromise with his competitors and opponents will have to be something he learns on the job.  He needs to start by turning himself into a better listener, reader and seeker of middle-ground solutions.

Trump is prone to scapegoating.  Defeats or setbacks always have an external cause.  Seemingly not given to self reflection, Trump redefines obstacles or criticism in terms of the venal motives of others.  And so there is a growing verbal salad of accusations made against others that comes closer to the language of webpage trolls than presidents who must cultivate a degree of forbearance.  Among the hundreds of diatribes uttered about those who have contributed to his opposition or the ostensibly weak state of the nation include, among many others: Macys (“very disloyal to me”), John McCain (“always looking to start World War III,”“sadly weak on immigration”), Mexico (“they’re killing us”), the mainstream media (“My rallies are not covered properly”), Meet the Press (“totally biased against me”), Barack Obama (“hollowing out our military”), Germany (“going through massive attacks to its people by the migrants allowed to enter the country”), Hillary Clinton (“the most corrupt person to ever run for the presidency of the United States”), and so on.  Trump’s logorea of endless persecution now runs into the hundreds (“The 307 People, Places and Things Donald Trump Has Insulted on Twitter: A Complete List,” New York Times, February 7, 2017).

It used to be a liability to speak only in short sound bites.  Trump has tried to turn that style into a leadership asset that seems to work best with the less productive and less educated.

True, presidents are not in the habit of public self-criticism.  But most resist the urge to find an external cause for every obstacle.  When the Obamacare first went “live” online and quickly became less than user-friendly, it was indeed the President who admitted there was a problem.  He promised a reset and moved on.

Sadly, this President doesn’t seem to recognize that his daily rhetoric throws off obvious signs of an outsized need for approval.  He seems to lack the requisite self-awareness of a fully functioning person.  So the august rhetorical tools of the presidency–among them, remaining silent in the face of criticism–mostly go unused while he entertains himself on social media and rails against cable news anchors.