Recent episodes in Boulder, Atlanta, Michigan and the U.S. Capitol suggest that we are captives to a parallel universe of safe euphemisms.

No country has used more language or money to promote its ostensible goal of guaranteeing the “freedom” and “security” of its citizens than the United States. But it is obvious to anyone paying attention that these terms have become “rhetorical coverings:” words that are now more anesthetizing  than useful, diverting attention from the nation’s catastrophic spasms of self-harm. Recent episodes in Boulder, Atlanta, Michigan and the U.S. Capitol suggest that we are in for a tough time. It seems like one risk to our safety is unexpectedly coming from our eulogistic language of citizen rights.

When we use the terms “homeland security,” “national security” and–for some–even the idea of the “Second Amendment,” we are thinking with familiar and commonplace terms that rarely get a second look. But the terms themselves have become mystifications, perversely enabling routine and bloody assaults on ordinary citizens.  Compared to most peer nations like Canada, Spain or Britain, per capita murder rates in the United States are three and even four times higher.

Verbal instruments of civil governance are obviously important. But as many Russian or Hong Kong residents will tell you, they can also be a form of deflection: a rhetorical veneer of false assurances that shift attention away from problems that need solutions.

Even as the nation fragments politically, civilian vigilantes with the judgment of zombies are free to walk among us with unearned bravado and more firepower than the local police.

The fact is, “legal” gun usage framed as a form of “personal freedom” and a “constitutional right” now guarantees a continual churn of violent assaults usually initiated by young men left adrift and socially isolated.  Many have been captives to growing attitudes challenging the effectiveness of national institutions, ranging from Congress to higher education. The impulse is for a dangerous minority take up arms against perceived governmental malfeasance, collecting weapons that are better classified as military rather than recreational.

To be sure, the Biden administration has moved a step in the right direction by at least formally acknowledging the idea of “domestic terrorism.” And we even have a federal document—the Patriot Act—that defines it. But, as yet, and mostly because of the premier constitutional covering of “Second Amendment rights,” the nation is no closer to securing protections against the murder of its citizens than it was 100 years ago.

As the nation fragments politically, civilian vigilantes with the judgment of zombies now feel free to walk among some of us with an unearned bravado and the rhetorical cover of “constitutional rights.” They often carry more firepower than the local police, emboldened to parade around some state houses and college campuses as “militias.”  They have costumed themselves in the garb and weaponry common in shooter games and feckless Hollywood films. With attitudes that are as lethal as their guns, they can claim an ersatz “freedom” for themselves even while they create levels of national insecurity. 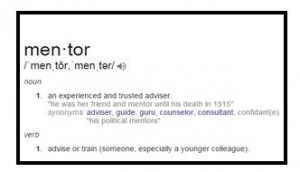