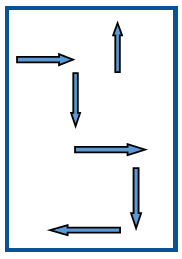 This pattern of misperception is actually so common that if all of us drove cars about as poorly as we listen to others, our roadways would be strewn with wreckage.

We all have had the experience.  We are explaining a piece of our world to another, and the other person seems to be listening.  But their response indicates that they have mostly missed our point.  Instead of a reasonably accurate rendering of our thoughts, their comments reveal that they are projecting what they want to believe about us. For example, you may be talking about the challenges of your job, while a listener–for whatever reasons– may need to hear that you dislike your work. Or you tell them about your first visit to a novel new destination. And the most you can conclude from their response is that they need to hear that the site of the visit is overrated. At the end of such conversations we often walk away puzzled, perhaps concluding that the listener already had a mental map of us that they needed to confirm. This pattern of misperception is actually so common that if all of us drove cars as poorly as we listen to others, our roadways would be strewn with wreckage.

To be sure, we can be unclear or ambiguous. “That’s not what I meant” ranks with “hello” as a well-worn locution. But sometimes the listener has seemingly willed their own preconceptions on to our rhetoric.  And it’s interesting to ponder why.

One explanation for this kind of selective perception is that conversation is mostly a process for seeking the familiar. This motive to retain what we already know is sometimes known as  “motivated reasoning” or “confirmation bias,” both representing the idea that we have the urge to place incoming information in a familiar map that we have already worked out.

Beyond the obvious economy of reverting to a well-traveled neural pathway, other reasons are possible:  Envy? Maybe the guilty comfort that comes with knowing that another person’s life is going less well than our own?  And there’s more.

We all construct fantasy themes about others that fill in the unknown gaps of their personal biographies.  In communication terms, fantasizing is not a mental health problem, but the natural result of the inductive reasoning we must do to create a more complete picture of another. Psychologists focused on social intelligence sometimes call this “theory of mind,” meaning that humans make estimates of others’ probable mental states based on the circumstantial evidence of prior experience. Add in the projection of the listener’s values onto the details of our life, and it’s easy to understand how we hear responses that can clearly puzzle us. As a general rule, any subject’s actions cannot help but be filtered through the receiver’s perceptions.

Put all of this together and we have an accumulating library of biographies with separate volumes for virtually every relative, friend, coworker and celebrity who is part of our cognitive world. As with any library, one of its rewards is the chance to revisit the familiar.

When things are off base enough you may be tempted to tell an interpreter of your own life that can you can’t recognize yourself from their descriptions.  Fair enough.  My guess is that we begin to offer a correctives to others by our fifth year.  It’s the birthright of every person to freely assert their uniqueness, and sometimes to remind interlocuteurs that they’ve missed the point. Such is the nature of rhetoric that persons who are ostensibly mirroring our ideas may really be saying more about  themselves.