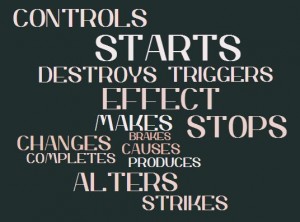 We tend to not notice what we cannot name. Indeed, a lot of high-order thinking depends upon language. So there is truth in the counter-intuitive conclusion that language guides thought. Language is the great engine of consciousness.

Nothing is so disorienting and also exhilarating than introducing an idea that has the effect of turning the world as we think we know it upside down.  And so it is with the Whorf-Sapir Hypothesis, a theory of language use and acquisition that proposes a very different relationship to experience than what we usually assume.

For most people, language is a tool for communicating experience.  It is common to believe that words function as mostly inadequate snapshots of a far more vivid reality. We may hastily put the words together.  But the reality is always there. Or so we think.  But what if the reverse was true?  What if language is in fact the primary window for perceiving, and not having a vocabulary for experience means that we don’t have the experience?  That’s the essence of the hypothesis proposed years ago by two linguists working independently of each other.  Among their studies, Benjamin Whorf and Edward Sapir noted, among many other things that in the Hopi Language of the Southwest some colors familiar to English speakers are not named and often not noticed.  In addition, Hopi doesn’t usually specify past and future tenses, as many other languages do. Not having these “semantic domains” usually means not organizing our thoughts in these categories.

Since a lot of higher order cognition depends upon language, we don’t consciously focus on what we cannot name. Hence, we get to the startling and counter-intuitive conclusion that language guides thought.  Language is the great engine of high-order consciousness.  For example, English exists within a grammar of binaries.  We think of something that “is” or “isn’t,” sometimes a far cry from more nuanced Asian languages that more easily accommodate the idea that something can be both at the same time.

At some levels this kind of linguistic relativity is obvious. Some languages make feminine and masculine references part of nearly every sentence.  They are much more gendered. We also know that children usually acquire the impulse for racist actions often from the language of peers or parents, not their daily interactions with others. And more hopefully,  we delight when a child acquires a name for an activity and expands her world into it.  Indeed, we organize our educational system mostly around the idea of literacy.  Reading and writing are justifiably considered the gateways to a richer cognitive life.  There’s good reason to worry if Johnny doesn’t want to read, or isn’t acquiring the kind of extended vocabulary we expect through each stage of the graded school system.

A great deal of education even at advanced levels essentially continues the process of vocabulary expansion. This kind of linguistic determinism explains how we acquire the insights of an expert. Working as a lawyer is functionally the process of making use of the generative power of legal terminology.

Consider another example:  Most of us at a party just see a room full of people.  But a person who has just finished a course in Abnormal Psychology is probably going to notice more: perhaps the “bi-polar” behavior of the guy in the corner, the clinical “depression” evident in the young woman who went on at length about her family, and the “obvious paranoia” of the couple engaged in all kinds of survivalist activities.  We tend to notice what we can name.  “Depression,” “paranoia,” “bi-polar:” this partial lexicon of mental health diagnosis leads us into a world of ostensible maladies we would otherwise miss.

Even so, taking the theory as a core operating principle in communication is a hard sell to most Americans, who see language as a residue rather than a driver of experience. We routinely underestimate the verbal roots of most of our perceptions: constructions that only come to life because we have the right verbal equipment.