There must be nothing quite so daunting as standing in the wings, alone and ready to face high expectations.

All of us have experienced what it’s like to be the main event. The stakes can be small, as in a presentation to a class.  Or they can get quite large, if hundreds or potentially thousands are interested in what you have to say or sing.

We should reserve special appreciation to performers who are essentially solo acts, carrying the weight of an anticipated event on the strength of their singular effort. Among other challenges, there must be nothing quite so daunting as being a singer, standing in the wings, ready to perform songs that everyone thinks they already know. Pyrotechnics and backup singers can help bale out a weak pop performer. But most audiences are sophisticated enough to detect the difference between the real deal and a performance that seems less than authentically live.

The opening of West Side Story a few days ago in New York reminded me of a lonely moment for a performer singing the same show in 1984.  The  Spanish opera star Jose Carreras was in RCA’s New York studios with other singers and an orchestra recording Leonard Bernstein’s score of the musical for the prestigious Deutsche Gramophone label.  Of course no one less than the composer himself was on hand to conduct.  Bernstein had never had the chance to lead a cast through the music of his  show.

The label apparently thought that it would be a nice touch to make a video of some of the studio work as the tracks were carefully laid down.  But producer John McClure had clearly not counted on the slow humiliation of Carreras trying to sing Something’s Coming as the teenage Tony. Carreras simply couldn’t get the tricky rhythm woven throughout the score, one that was second nature to Bernstein. Sitting in the control room, McClure takes his own lumps from the maestro.

Take after take is botched and increasingly registered on the face of a frustrated Bernstein. Not only was Carreras’ diction alien and too formal for the Hell’s Kitchen character, but his execution of the dotted-note rhythms was blocky rather than the “hip.” Classical orchestras and singers generally have a hard time performing the looser and more improvisational style of American pop and jazz.  And this was surely Bernstein’s version of jazz.

People looking at the clip on YouTube at the bottom of this piece will find a singer from a different cultural and musical heritage whose ear was apparently never trained to hear generic syncopation that dominated American music when Bernstein wrote his score. It wasn’t that the music was supposed to swing. But it needed a kind of breathless spontaneity that was nonetheless in perfect time.  Had Carreras grown up listening to Mel Torme or Sammy Davis Jr., he probably would have been fine.

The program that aired on PBS raised the ire of many who thought Bernstein was being purposefully difficult.  I don’t see that.  But we do see what happens when a label and conductor miscast a piece in order to have a big name to splash on their album cover.

Carreras has gone on to have an impressive career in the operatic realm he has so easily mastered.

Bernstein conducts his own score form West Side Story in the recording studio, and has a “fun” time with a poor tenor who keeps screwing it up. I really can’… 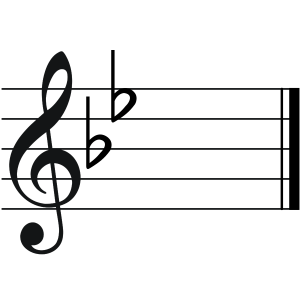