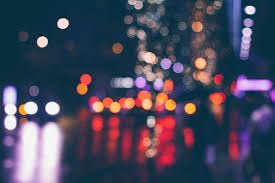 We speak. We write.  We create works of art. All the while, we try to have confidence that the effects we intended will register with audiences.  If it were only so.

In theory, communication looks so straightforward.  When we address others we pass on what we assume are clear ideas with unambiguous meanings.  We want to have confidence that the effects we intended will actually register.

Its not so easy.  Shared meaning as a requisite of clear understanding is harder to achieve than we imagine.  It turns out that we aren’t very good at transferring even simple information or individual preferences to others.  Consider a simple case.  A Huffington Post reporter noted that a Spanish language version of the President’s recent State of the Union Address missed a lot.  In one case, where Obama used the phrase “I couldn’t be prouder of them,” the Spanish translation was, more or less, “I couldn’t feel masses proud of it.”  It was a simple mistake, but anyone converting one language to another knows that perfect equivalency is illusive.  All communication is translation.  Even when the language remains the same, there is always an interpretive function which requires that the words pass through the filter of our experiences.

This doesn’t mean that we are always in a solipsistic fog.  Some statements are relatively obvious and can produce a quick consensus.  “Turn right” is not a vague command, but it can be ambiguous if the sender and receiver are facing each other.  Similarly, statements like “He failed algebra in high school” or “She dislikes liver and onions” are mostly concrete and stipulative: two features shared with most kinds of mathematical statements. In math, common agreement about basic terms leaves little room for confusion. Yet, even moving to the slightly more complex task of naming simple objects can be problematic, especially if it’s the case that my idea of a “camera” is one that uses film and yours is the digital device in your phone.

These simple challenges with individual words are heightened when we scale up to the meanings of cultural products like a speeches, songs or movies.  At this level the hope for uniformity of meaning pretty much goes out the window.  For example, ask someone what songs on their music player, and you will get a list of favorites that are likely to be more personal than communal. What means so much to one enthusiast is often unlistenable to another.  Young adults are especially tuned to hit the scorn button when they hear the favorites of older family members. I can still see my parents brace themselves for the inevitable taunt if I passed nearby when they were listening to completely uncool music.  Similarly, in the presence of my favorites our children return the favor with polite silence.  (Who could not love jazz played on steel drums?)

Finding widespread agreement on the significance of films is even harder.  Many of us  find it difficult to predict what a friend or family member will like. What seems so insightful to us can make no sense to others. Seeing someone’s growing puzzlement as you rhapsodize about a terrific performance can make the idea of “shared meaning” seem like an oxymoron.

The villain here is not just the tricky business of producing concurrent meaning. There is also an additional problem in the specific word that we often use when someone surprises us by their unexpected reaction to an apparently clear message.  We often say that they didn’t get it: that they “misunderstood.”  But notice what “misunderstood” implies about perspective.  It suggests that the initial communicator gets to be the arbiter in deciding the authentic translation of an idea or thought.  That sometimes makes sense.  After all, it usually is their thought.  But as an idea with a pretense to truth-testing, the judgment embedded in the word converts what is often a simple difference into an error.  “Misunderstood” gives one side a free pass by putting the burden of a “mistake” on  the other.

All of this should serve as simple reminder that meaning is naturally variable.  Thankfully, dictionaries usually don’t get to have the last word.  We are entitled to apply our experience to what we know and like. That we can’t predict with certainty how a person will receive our rhetoric is evidence that we have sensibilities which are  different, but not necessarily deficient.