When enough bad information is spread around it licenses all kinds of fantasies that take on a life of their own.

Since the mid-1800s information traveling at nearly the speed of light has transformed the opportunities for Americans to know more about their world. Of course the printed text offered a much earlier gateway to the minds of others.  But book culture still works on an extended clock, using time to develop more considered insights.  In contrast, electronic culture in the information age tends to give us allegations and assertions on the fly.  Now and then a few are actually true.

We are at a transition point when anyone can “publish” at will.  Access to digital media seems to create infinitely permeable understandings of what  “information” can be.  We are no longer shocked that willful distortion and strategic disinformation is  regularly in the mix of ‘views’ on offer.  But it is dismaying to see even a president-elect abandoning the usual rhetorical circumspection that comes to leaders who are about to speak in behalf of a nation. Trump is a fantasist. Never has a new chief executive come to the office with less regard for the reality-based world.  Politifact’s example of a tweet from Trump on November 15 is typical: “The @nytimes sent a letter to their subscribers apologizing for their BAD coverage of me.”  Not true.  Nor is there an evidence for the stunning claim that he “actually” won the 2016 popular vote, as he recently asserted.

Trump is a fantasist. Never has a new chief executive come to the office with less regard for the reality-based world.

Any historical period has included individuals engaged in malicious distortion.  The Second World War’s Tokyo Rose was perhaps the most famous.  But we seem to be at the threshold of an era where claims anchored in evidence have no special status. This new mutant version of the information age finds ready acceptance of “alternate narratives” that are wrong, but carry just enough veracity to be taken seriously.

There are disturbing signs of our weakening regard for the truth everywhere.  A majority of Republicans still believe President Obama is not an American citizen. The evidence of his birth certificate and transformational presidency is not enough. And then we have the news that The Oxford English Dictionary has chosen “post truth” as its word of the year, reflecting—among other things—the low-knowledge/big-change results seen recently with Britain’s Bexit vote and the 2016 presidential election.

People who study these things estimate that one in three Twitter posts are generated by computers programmed to lob what are literally mindless attacks against others. The accuracy of those issued from real humans often aren’t much better. And we now read reports that Facebook and Twitter are scrambling to tighten controls on “false news” stories and mindless invective thrown at political opponents. They have been overrun in part by “disinformation specialists” both home and abroad that enter the fray of national debate under cover of anonymity.   These hacks are able to repeat dubious accusations that would never see the light of day in a fact-checked magazine or  newspaper.

The willingness to believe falsehoods even overtakes scientific evidence and academic expertise. These days academic analysis is not so much admired as dismissed or ridiculed.  Many Americans have redefined universities as political organizations, perpetuating what they see as a runaway political correctness that substitutes for reasoned understanding. I’ve had columns and posts about communication processes trolled by readers less for what I said and more for who I am. For some it is enough to know that a person is an academician to make the label self-indicting.

When enough bad information is spread around it licenses all kinds of fantasies that take on their own life. So when a street in Miami Beach floods, some residents can still find reasons to blame the local water department for leaky pipes rather than accept the inconvenient truth of melting ice caps triggering “king tides.” Of course most of us eventually face consequences for not living in the reality-based world. As almost any smoker can tell you, truths have a way of imposing themselves on our pitiful efforts to look away from the obvious.

Beyond simple untruths, when proposed policies offend important values—justice, fairness and compassion, to cite just a few–there is too much time for the mischief of disinformation and misinformation to have their ways with us before reason can add to real understandings.  As Winston Churchill famously remarked, “A lie gets halfway around the world before the truth has a chance to get its pants on.”

I was never much of a believer in teaching “media literacy” courses to students at all levels.  But the subject may indeed be needed to save us from the quicksand of fantasies scattered across the internet, and soon to be given the imprimatur of presidential authority. 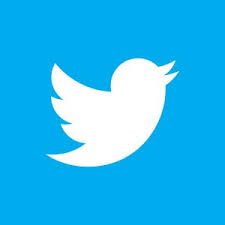