[Netflix has just released a documentary on internet privacy and the Cambridge Analytica scandal.  The film by Karim Amer and Jehane Noujaim tells what is now a familiar story about how data-mining is used to target consumers and voters.  It’s a sobering story, but a key assumption in the documentary is that an organization that knows some of your likes and preferences essentially has the keys to the 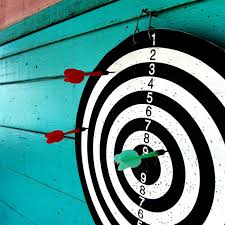 kingdom of your mind.  In this view, its just a small step from using those preferences to develop ‘psychographic’ appeals we are apt to find irresistible. While there’s some truth here, the film and the social sciences generally overpredict direct persuasive effects based on known audience preferences. It’s easier to explain this process than to successfully do it. This newly re-edited piece originally entitled “The Deterministic Mind” argues against that assumption.]

In his book How The Mind Works (1997) psychologist Stephen Pinker notes that the very idea of science assumes that there are direct causes for any material effect. Ask an experimental psychologist about the nature of a particular behavior, and the conversation will eventually drift toward its possible social or familial roots.  For most of us this science template has probably infused itself in the ways we make sense of the everyday world.  If you do “Y,” how likely is it that you will get “X.” Identifying causal chains seems like the very definition of mental rigor.  The alternative assertion that “It’s not so simple” never seems so satisfying, and is less likely to get noticed and published.

Our accounts for how the world works is anchored in our faith that things can only get better when contributing factors are revealed and quantified. After all, events without apparent causes are disquieting.  A tree that falls and kills a passerby tests out capacities to accept events beyond our direct control.  It’s natural to want to prevent such deadly events.

It’s especially true to overestimate our abilities to shape and control the behavior of others.  A chain of causation that can be filled in makes the world seem more knowable. It’s the kind of expertise we sell to others if we are in the sciences, marketing or selling.  In media analysis this is sometimes discredited as “the magic bullet theory.”

We cherish lexicons of determinism. For example, we easily classify people into personality types, where labels (“neurotic”, “needy,” “depressed,” “obsessive,” to name a few) strive to be useful outcomes from knowable origins. But why Aunt Millie has a personality disorder is still anyone’s guess. Similarly, when a plane falls out of the sky we resort to the same template for making sense of what has happened.  When we ask “what went wrong?” we expect a precipitating cause to be named.  Only later do accident investigations usually reveal multiple problems that combined to create a disaster.

In our rushed and over-communicated age we rely heavily on the simplistic and deterministic.

Consider a different kind of example. Imagine if you are a neuroscientist. How long can you retain your professional credibility if you take the risk of  acknowledging that the mind is partly “unknowable?”  Neuroscientists study the brain and generally shun discussion of the “mind,” the useful label for what the brain has given its owner by way of a wealth of experiences and perceptions.  What I see in my ‘mind’s eye’ is likely not what others see.  But how do we find the causes for those mindful thoughts?  A brain scan won’t cut it.  Consciousness can’t be reduced to predictable neural pathways. And so the idea of mind muddies the scientific impulse for the measurement of particular effects.  Thus the brain sciences generally remain silent on this rich idea, preferring to study the organ of thought more than thought itself.

This kind of problem is why the search for first causes tends to force us toward the absurdly technical or the overly simplistic.  On the simplistic side, compressed ideas about why things happen indeed yield answers:  usually good enough to see us to the end of the day, but not very reliable as bases for creating lasting understandings. The shorthand vocabulary of causes that we inevitably use give us dubious deterministic links that we nonetheless cling to.  And so Muslims cause terrorism and targeted appeals usually work.  Each labeled category is pushed by an arrow that points to a list of supposed causes, producing “answers” that in their narrowness are sometimes hardly worth knowing.

The best response in reply to an unfolding set of complex human events is uncertainly.  Even with the need for simplicity in our busy lives, we have to save room to let in the messiness that is part of the human condition.  Instead of imagining arrows, we need to think of webs.  A web is a better representation of lines influence that are complex and pass through rooms of intermediate and unknown causes.  If we want to be a little smarter all that is required is the resolve to give up the short-term thrills of unearned inevitability.