Anyone in an open society has the advantage of seeing what Putin and his nation cannot. One of the glories of an open society is that information travels easily and mostly unencumbered.

American intelligence reports note that Vladimir Putin has functionally locked himself and his nation behind a media firewall, afraid to let his citizens hear what the world knows. The Russian dictator is notorious for keeping his own council.  But it seems worse this time, with many of his aides apparently willing to be the bearer of bad news. So even though he has initiated the human catastrophe of the Ukraine war, he and many Russians may still know little of the horrors that have been unleashed. As the New York Times’ Tom Friedman recently noted, “Putin, it turns out, [has] no clue what world he was living in, no clue about the frailties of his own system, no clue how much the whole free, democratic world could and would join the fight against him in Ukraine, and no clue, most of all, about how many people would be watching.” Meanwhile, most of the gains Russia achieved in the last 20 years are being rolled back by sanctions imposed by the world’s democracies.

By contrast, ordinary citizens in most of the rest of the developed world could fill him about the aimless marauding of the Russian Army. Most anyone in an open society has the advantage of seeing what Putin and his nation cannot. One of the glories of free societies is that information travels freely and mostly unencumbered. The democracies of the world take access to a multitude of sources doing credible reporting as their birthright. Individual sources may not always be accurate. But without much effort, citizens can “triangulate” between multiple sources to find truths that seem to be reasonably solid. If a conservative-leaning source confirms the same conclusion as a more liberal outlet, we can judge that the news is probably accurate.  If one outlet plays favorites, a thoughtful reader–and their are too few–will cross check with other sources before reaching a conclusion.

Now, imagine living in a prison where the only loudspeaker ever heard is controlled by the guards. Welcome to North Korea or Russia, trying to impose the medieval values of top-down control on their citizens.

In no particular order, here are some easily accessible news-gathering outlets, available mostly for free to Americans via their ubiquitous computers, and key websites like YouTube. All outlets on this partial list are doing original reporting in English from Ukraine and Eastern Europe:

Free access to the press is a good reminder of why we protect our freedoms. The media firewall denying Russian citizens the same kind of access is as good an indicator as any of a failed state. 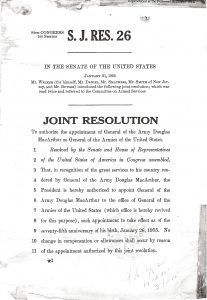