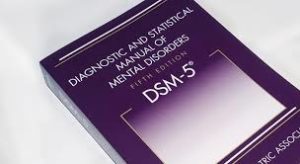 Some clinical terms function as rhetorical shortcuts that are meant to be dismissive.

Language within a culture flows and changes like a river.  One of the more interesting transformations over the relatively short period of the last 30 years has been a clear increase in the use of mental health labels in everyday discourse.  What was once clinical language has become commonplace in ordinary conversation.  We now use terms that once had a clear diagnostic function seen, among other places, in discussions of the President’s fitness for office. Writers from nearly every quarter wonder if he is “paranoid,” “driven by conspiracy theories,” “compulsive” in his use of Twitter, “delusional,” “manic,” “narcissistic” or a “sociopath.”  Indeed, mental health experts suggest Trump really does fit the clinical definition of the last label.  But I suspect that some of the other mental health terms have different rhetorical functions.  We also see there terms even in ordinary settings.  In my line of work as a professor even students who cut classes may well be described as a potentially suffering from a chronic mental health problems rather than bad judgment.

Clinical language has several interesting applications.  One is to use a label that allows us to more or less dismiss another person for not meeting the general tenets of social competence.  This heavy stigma is one reason that mental health labels used to be uttered in a whisper.  The truth is that Trump easily offends our understandings of how an ordinary and empathetic person should relate.  But its a more of a satisfying blow to weigh him down with language that flirts with the borderlands of the insane.

Using the lexicon of sanity makes it possible to offer a faux diagnosis that allows us to take a person less seriously.

Some of this is harmless and simply part of the constant flow of language. But the use of mental health terminology as a rhetorical device has another subtle consequence.  Using the lexicon of sanity makes it possible to offer a faux diagnosis that allows us to take a person less seriously.  In a nutshell, the language tends to deny the person the rights to full agency.  Think of “agency” as the idea that we are fully in charge of our lives: capable of making of managing our own affairs.  Illnesses of all sorts can be crushing blows to what we take to be our birthright of self-control. In some form or another an illness takes charge. This is why we give a person a pass if  we hear about their debilitating headaches or hypertension.  No moral judgment is made.  Similarly, it would be cruel to fault a person for having a malignant tumor.  Mental health terms can do much the same, but the pass is converted into a slight. The effect of using the lexicon is to devalue a person’s basic social capabilities: their capacities for acting within reasonable norms. Now, of course, many of us proudly proclaim our “attention deficits” and “compulsions.” But more of us are willing to accept them as excuses.

If we tell a friend we are “depressed,” they might find it easy to urge us to “snap out of it” or “cheer up.”  But a person with clinical depression is not so easily advised. Their condition may be less in their immediate control. We often assume that a drug will do what they cannot do for themselves.  This is mostly good.  But the downside is the patient’s seeming loss of agency.  We see them as not being able to help themselves.

All of this is a reminder that we naturally seek an advantage over those who fail to measure up.  Rhetorical maneuvers involving clinical terms can foreclose the necessity to deal with a person and all of their complexities.

It’s an old truism in rhetoric that we see what we can name.  If so, our national monsoon of concerns about the spreading darkness of depression is partly a function of its lexicon. We notice it because we can name it.

Mental health researchers tell us that rates of clinical depression in the United States have been steadily increasing.  One estimate from the Centers for Disease Control is that about 9 in 100 Americans carry that diagnosis, with 3 percent suffering from chronic depression.

Anyone asking the question must be humble when proposing causes. Among other factors, our reporting is probably better than it has ever been. But it is obvious that the effects are especially stark among the young: a cause for some national soul-searching. To be sure, suicide is a rare consequence of depression. But it is the third most common cause of death in people aged 15 to 25. At some point in our lives most of us have been touched by concerns about the distress and safety of a young relative or family friend.

Every case is different. But it is probably fair to assume that teens lack the ballast of experience to ride out rough patches, which may include broken relationships, family tensions, and low self-esteem brought on by—among other things—the sometimes corrosive comparisons of self with others encouraged by social media.

It also seems as if there has been a sea change in the amount of mental health talk that is now part of the lives of younger Americans still in the pursuit of an education. For most Americans, the use of  institutional mental health services has come out from under a cloud of secrecy that was common in mid-twentieth century America. Over the last two decades counseling services have proliferated in schools and universities. And there can be no doubt they are helpful.  But with increased emphasis on coping with stress, there is also more discussion of anxiety and clinical depression. First year students in college are now asked to be aware of these issues in the midst of a whirlwind “Welcome Week.” And staff are asked to be more proactive if a student speaks about stress or anxiety. Meanwhile, our media culture is more bold in dwelling on depression episodes, abetted by direct-to-consumer ads for psychoactive drugs that go not just to patients, but sometimes to their friends. Consider as well that just a few years ago no mainstream provider of television content would have touched a series like 13 Reasons Why (2017), Netflix’s fictional account a of a teen’s descent into suicide. The effect is a culture that has normalized teen angst into something more ubiquitous.

It also seems evident that students living on a campus are rarely ‘on their own’ and out of contact in the ways their parents once were. For some, frequent text or phone contact with home keeps family problems in play at a time when, for prior generations, being away at school offered a kind of refuge.

Add in some linguistic determinism, and you have a perfect storm. It’s an old truism in linguistic and rhetorical theory that we see what we can name. This idea means that the name comes prior to perception. Building on this view, the monsoon described here may be abetted by the widespread use of a lexicon of depression terms. With its emergence out from under its former stigma, perhaps we have inadvertently over-represented its existence.* This kind of ‘clinicalization’ of our mental lives has now gone on for years, with frequent talk about others in terms of what were once understood as formal diagnostic categories.  We now talk casually about someone’s “anxiety,” “attention deficits” or “paranoia,” mixing subjective judgments with classification categories found in the bible of mental illness diagnoses, the DSM.

Merging of these labels into our everyday rhetoric has done its part to put what were once considered passing states of mind front and center.  Sometimes that can be good. But it also follows that such language gets formalized through diagnosis and treatment. Once a person self-identifies as a “victim” of a labeled condition, that awareness can lay the groundwork for recovery, or become a self-protective justification that delays it.

*I take a less extreme view than psychiatrist Thomas Szasz, who has written extensively about what he sees as the “Myth of Mental Illness.” (Harper Perennial, 2010). But I give Szasz credit for understanding the power of clinical labels to shape expectations.