For most of us who have gained richness in our lives through direct access to music, live performance, and academic study, the inadvertent theft of these forms of engagement has been nearly total and devastating.

Though there can be no single measure of the negative effects of the pandemic on our social and intellectual intelligence, the mind reels at what the final tally will be. We are mostly missing what was once the vast array of classroom opportunities, plays, concerts, and travel that survive only in the form of video facsimiles. Of course, the first task through this pandemic is to save lives and keep individuals healthy. Even against the myopia of many slow thinkers in government, that remains true. But for those Americans whose lives were on track to be given greater meaning through live performance, academic study, and direct mentoring, the inadvertent theft of these forms of engagement has been nearly total.

The humanities—fields of inquiry ranging from history to languages to literature and the arts—thrive when open and eager minds can share the same space. It’s our birthright to be with others. For students this means being in the presence of a wonderful instructor in any field that creates insight about what is possible and what’s at stake within human communities. The humanities remind us where we have been and where aspirations made visible can still take us.

For an educator, the pinnacle of this form is perhaps the seminar: a small room shared by 10 or 12 students and an instructor, all beginning the voyage of a shared conversation about the work of a groundbreaking creator of ideas.  We may never be more connected to thoughts that matter than as a participant discussing a writer or creative force bursting with revelatory insights. There may be ways to electronically approximate a meeting of minds. But most are often more performative than enlightening. Communication works better when folks share the same space and time.

It is especially heartbreaking to imagine all of the events, meetings, lectures and performances that have not happened in the last year.  In the United States alone this list would surely be in the millions. Scale down to one organization like a modest-sized college, and it would be in the thousands.

The effects of this cultural shutdown are beginning to be evident and especially costly for the humanities. Enrollments in the nation’s community colleges has dropped at the very moment when non-college adults are at risk for chronic unemployment. More disturbingly, stretched parents are having second thoughts about spending money on any undergraduate curriculum that offers a palette of experiences larger than is required to do a single job. Their concerns are abetted by nearsighted reporting in our media, with headlines like “College Majors With The Lowest Unemployment” or “College Majors With The Worst Return On Investment.”

The pandemic-hastened conversion of a student’s education into vocational training for an employment category is now fully underway, as schools and universities close programs in writing, philosophy, performance studies, history, foreign languages, music, dance, theater, journalism and rhetoric. Never mind that they have missed the more subtle point that a degree in history or philosophy may cultivate wonderful skills needed for innovative work. Writer Julie Schumacher reminds us what her English students can accomplish: “Be reassured: the literature student has learned to inquire, to question, to interpret, to critique, to compare, to research, to argue, to sift, to analyze, to shape, to express.”

I doubt if any of us who have spent time discussing Aristotle’s pragmatism or Suzanne Langer’s insights on presentational art thought that we were wasting our student’s time. Indeed, for reasons I have mentioned before, reading Langer—a philosopher writing in the 1950s—would make any contemporary television journalist a little bit smarter. And Aristotle’s refutation of Plato’s suspicions about public opinion still gives us a clear rationale for striving to protect democratic norms.  In these times, with electoral losers brooding over dark ways to return to power, this should be a primary concern.  Indeed, we can’t afford to not have the humanities, which collectively help us imagine what a great society can ethically achieve. 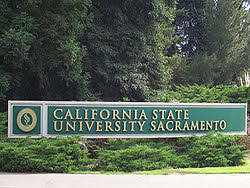