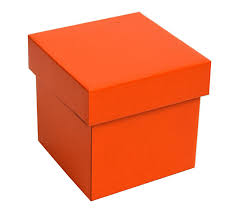 Thinking dualistically isn’t just a habit born in English. Yet the language supports binary thinking so well. That, and the use of toxic terms, can get us into serious trouble.

English is rich in simple terms of description.  It’s one reason it thrives nearly everywhere.  But its linguistic structure has a vulnerability that some non-Western languages like Mandarin and Japanese partly avoid; it invites binary thinking. And so English speakers born into the language often think in terms of polar opposites: winning versus losing, succeeding versus failing, happy versus sad, mental health versus mental illness, and so on.  For example, it’s hard for us to think of someone as a little bit schizophrenic.  Our language pushes us to be definitive. Either a person shows the clinical symptoms or they don’t. This kind of two-tailed logic isn’t nurtured just in English.  But its a strength in the language that is also a weakness.

The trouble this creates is expressed well in the rhetorical aphorism,  “words do our thinking for us.”  Specific choices lay down the tracks of our consciousness, sometimes hobbling our abilities to see the world in variegated hues. Among other things, this tendency can make it difficult to find nuanced approaches around rabbit holes that can trip us up.

Consider four terms that are easily overused in everyday conversation.  All make sense to us, more or less, by gaining meaning from their supposed opposites. We would do well to hear them less often:

1. “Win” and its twin, “defeat.” We are sure there must be a “win” in our struggle with the so-called Islamic State, or Afghanistan’s Taliban, or Al-Qaida, or a domestic political struggle.  Winning is fun.  Winning is a definitive name for who can claim a victory. And it surely works as an idea if we are talking about the outcome as uncomplicated as a baseball game or an evening of poker. But it makes far less sense when the context is–as is common in real life–more fluid.  In most parts of our contested worlds there are no rules and no shortage of players who have unique cultural sensibilities.  We may be able to momentarily subdue the worst offenses of some renegade tribes around the world, but winning a “war” against them on our national terms is probably a non-starter.

As an idea winning easily drifts into the territory of  metaphor.  It’s simply the wrong one to use when trying to resolve significant differences. The term sets up expectations of dominance and defeat that we usually cannot fulfill and probably will regret.

2. “Family Values.” This phrase still thrives in the culture wars. Discussions where it pops up usually imply that it can be paired with its opposite, “anti-family.”  But both ideas are mostly fictions. The term primarily exists to peal the user’s group away from political opponents who have made different but not necessarily dire lifestyle choices. Ironically, the phrase thrives especially in portions of the southern tier of the U.S., where census data indicates the lowest rates of traditional two-parent families.

If “family values” and its ostensible opposite had any lasting value in our public discourse we should be able to point to groups who arguably fit in to each category.  But in truth there are really no active forces in the culture who seek the defeat of the chief societal instrument for nurturing young lives. The family’s durable presence across all types of cultures speaks to its universality and importance.

As the Supreme Court recently affirmed, denying that gay parents have a less constructive role to play in this institution has the effect of challenging their social legitimacy–a toxic rhetorical move when children are involved. It may be justifiable to question how individuals go about the business of managing their domestic lives. But its disingenuous to use use a hackneyed phrase that cheats its way to an unearned sense of moral superiority.

Its disingenuous to use a hackneyed phrase that cheats its way to an unearned sense of moral superiority.

3. “Emotion.”  I know. I sometimes use it as well.  But I’m never very happy about it.  The problem with the term is that it is sometimes used to devalue another’s experience, as in: “What we heard when we listened was just a strong emotional response without facts,” or “You are letting your emotions get the best of you.” The difficulty is that the word is frequently paired with its implied and false opposite: “logic.”  The first is the voice of hysteria; the second, the voice of sanity. So while I may have “good logical reasons for believing X, she only seems to have a strong emotional response.” The idea is that somehow my ideas are better because they are on the firmer ground of reason.

We can blame Aristotle for this false dichotomy.  In his own study of rhetoric he separated “logic” and “emotion” (logos and pathos) as two different rhetorical pathways.  We keep repeating the same mistake. But here’s the thing: our minds simply don’t work in ways supported by this binary conception. In fact, strong feelings tend to come when we sense strong logical connections, not because they are absent. Since the two are connected–logic actually triggers emotion–we need to look for the links that form this sequence. The best solution is simply to check yourself if this slippery idea makes it way into your lexicon. Be sure it isn’t used as an easy way to dismiss the importance of someone’s response.

4. Them. Who knew a simple pronoun could so easily stain our thinking?  Them is a problem when its too easily used as a fence to keep others out.  To be sure, the term often helps to glue ideas together without negative consequences. But difficulties arise when we appropriate it to put a barrier around groups we intend to keep at a distance. The unstated and preferred opposites here are pronouns such as “us” or “we.”  Both are more inclusive. Both help us think of others as part of our circle.

“Them” has had a pretty dishonorable history in our public and private rhetoric.  Name any group out of favor with a labeler:  capitalists, socialists, African Americans, Jews, Hispanics, Catholics, union members, the poor, the rich, bankers, teachers, state workers, car salespersons, and so on. There’s an undeniable but cheap thrill in placing them at a distance.

In the dark ages of the Nixon years Vice President Spiro Agnew was given words that were more creative in villainizing his enemies. In a 1970 speech he declared that the liberal press was nothing more than some “nattering nabobs of negativism.” The phrase written for Agnew by uber-writer Bill Safire is a suitable burlesque of the phony righteousness that comes with separating “them” from “us.”  Safire was a master rhetorician and clearly having some fun.  But I’m not sure Agnew got the joke.