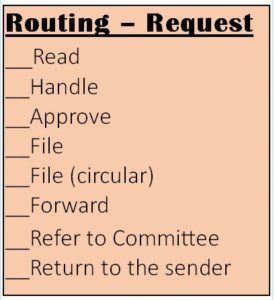 Anyone employed by a business or institution soon discovers that they “work” in what are often two very different tracks.  The organization presumably provides services  or produces products.  Some of an employee’s efforts go into helping assure that these services are delivered more or less as promised.  But in a big organization this primary goal may require looking through a maze of flow charts and routing procedures that obscure more basic ‘line’ functions.  It’s clear enough what line people do:  purchasing, manufacturing, sales and keeping the books.  They are directly responsible for whether a  customer is satisfied.  But the commitment of staff resources to “supporting” these functions can be a runaway train.  It seems as if our abilities to write new procedures far exceeds our abilities to live by them.

Staff culture in a larger organization ostensibly augments essential line functions.  That’s the idea, at least.  In actual fact they may come to swamp the organization’s morale and efficiency, setting rules and standards that seem to exist for their own sake.  And because organizations have hierarchies, those in charge carry a formal authority that requires others to adapt and obey.  Read this mostly as the submission of “supporting data and materials,” which may take the form of various metrics, progress reports, mission statements, five-year goals, project proposals, staff evaluations, vendor reviews, self-assessments and the like.  And so while even a mid-level employee does things to shape the final product or service on offer, he or she will also need to spend a lot of time learning the organizational labyrinth.  In really big organizations there are even “compliance officers” who do nothing but police arcane procedures. One set of offices gains power by asking  another for paper evidence of their worth.

This kafkaesque thicket is why one of this year’s winners of the Nobel Prize in Physics is still an assistant professor at the University of Waterloo in Ontario.  Professor Donna Strickland said she just didn’t want to bother with the mountains of paper should would have had to produce in order to win a promotion.  Never mind that the University might recognize her talents on its own.

In an ideal organization perhaps no more than two hours a week would be devoted to “process” issues: reports, memoranda, applications,  meetings and the like that the hierarchy needs to keep itself well fed.  Alas, we seem to have developed institutions where final results are hardly noticed by those stuck in middle management distractions and useless cul-de-sacs.

Workplace comedies usually include a healthy level of skepticism about procedures and rules that have become important for their own sake.  Cut off from meaningful improvements in the organization’s work, more employees spend their days finding new ways to be busy and seemingly vital.  The best recent example is the British series W1A (currently available on Netflix), a multi-part mockumentary ostensibly about work life at the B.B.C. Give the great broadcasting organization credit; it opened up its new offices to a group of actors mercilessly engaged in ransacking the company’s organizational life.  The series is filled with meaningless meetings that include staffers with meaningless titles.  There’s the well-paid Director of Better, a Head of Values, a Director of Strategic Governance, an “Ideation Architect”, and many “brand consultants.”   Throughout the series those folks do their best to avoid a uttering a clear opinion or committing to a course of action.  Above all, committee meetings show participants deeply wary of doing anything that could be an excuse to let them go.  Here’s the  genial but clueless Head of Values (Hugh Bonneville)  holding his first meeting of “The Way Ahead” task force group.

What does this all mean? Complexity is not a reliable sign of organizational success.  Once as Chair of an academic department I tried to answer every request for a report or proposal in one page or less.  Other chairs in the school often submitted documents too thick to staple.  Mine arrived as a weightless single sheet.  Who said Professors of Rhetoric are wordy?  I’m sure the Dean thought this was some sort of passive-aggressive gesture, though we were always on good terms.  My larger goal was serious: to remove useless verbiage to focus on what our program could deliver to our students.