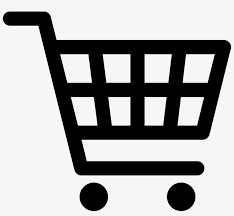 We have a new understanding of where the “front lines” are right now, and they are much closer than the beaches of Normandy the Korean demilitarized zone.

A book series I edit includes two volumes of scholarly research exploring the meanings and feelings associated with the great monuments built in in Washington D.C.  Visitors usually look forward to seeing the elaborate edifices put up to honor Washington, Jefferson, Lincoln and others associated with the nation’s real or and sometimes imagined enemies. Most cities emulate these monuments in their own tributes, frequently featuring generals and other leaders on horseback. Statues of generals on top of a horse have become their own urban clichés.

Even so, it strikes me that all of us involved in these projects were busy cataloguing the familiar while overlooking the obvious.  In truth, scores of nameless individuals soldier on quietly doing much of the nation’s work, which can become ominously dangerous.  These men and women are often not in the sights of the hero-makers, but it’s time they were. In the time of the COVID-19 virus we have suddenly realized how much we owe our safety and perhaps our lives to nurses, doctors, sanitation workers, first responders, grocery store employees, senior-care aides, postal workers and delivery men and women.  We now have a new understanding of where the “front lines” are now, and they are much closer than the beaches of Normandy the Korean demilitarized zone.

I’ve never seen a monument to a check-out clerk from Target, an E.R. doctor in scrubs, or the employee behind the Deli counter at the local grocery store. Right now their heroism during hurricanes, natural disasters and especially this virus seems much more tangible than the tributes to individuals who have been affiliated with battle-ready organizations, but never had to consider the possible dire consequences of helping a customer. It’s interesting that the iconic actor John Wayne fought World War II and the Vietnam War only from the soundstages of Hollywood, keeping up his faux toughness with a heedless and rabid form of anti-Communism. And yet, for all of these dubious achievements he’s been honored with his name on a major American airport. Sometimes we seem to miss the greatness of people around us doing essential work.

We should have the grace to realign our thinking to more clearly honor that those who have the patience and perseverance to show up and provide help when the health and lives of Americans are in peril. They deserve our gratitude and far more recognition.