[This 2016 post seems as relevant today as when it was written. Even with a few updates, it is still true that willful ignorance has become a form of political life.]

In his sobering 1989 study, Democracy Without Citizens, Robert Entman dwelt on the irony of living in an information-rich age with huge numbers of badly informed citizens.  There is a rich paradox to a culture where most have a virtual library available on any digital device, and yet would struggle to pass a third grade civics test.  According to the Annenberg Policy Center only one in three Americans can name our three branches of government. And only the same lone third could identify the party that controls each of the two houses of Congress.  Fully a fifth of their sample thought that close decisions in the Supreme Court were sent to Congress to be settled.

This condition is sometimes identified as a feature of the Dunning-Kruger effect, a peculiarly distressing form of functional ignorance  observed by two Cornell psychologists.  Many of us seem not to be bothered by what we don’t know, overestimating our knowledge.  Dunning and Kruger found that “incompetent” individuals (those falling into the lowest quarter of knowledge on a subject) often failed to recognize their own lack of skill, failed to recognize the extent to which they were misinformed, and did not to accurately gauge the skills of others.  If you have an Uncle Fred who is certain that the President Obama was a Muslim who was born in Kenya, you have an idea of what kind of willful ignorance this represents. 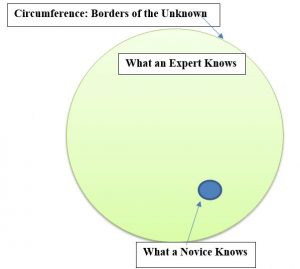 With regard to the basics of membership in a society, the idea of citizenship should mean more.  In most elections cycles easily half of eligible voters will not bother to vote.  And even more will have no interest in learning about the candidates who want to represent them in Congress or their local legislatures.  Worst still, this has happened at a time when a President and many others have been captured by a reality-show logic that substitutes melodrama for more sober discussions of policy and governing best practices.  Put It altogether and too many of us don’t want notice that we have been captured by fantasies rather than truths.