We pass our days in a constant circus of external noise.  And we are often not even fully conscious of it’s effects.

Sound produced by a person is as fragile as a feather.  As a slight disturbance of air pressure it exists only in the moment, decaying almost instantly.  And at normal levels it is often no match for the environmental noise we accept as the price of living in hives of activity.  Humans produce sound as speech over a frequency range of roughly 100 to 5000 cycles per second.  That’s a fairly narrow range in comparison to what the ear is capable of sensing.  Moreover, the relative volume of our speech is modest. We need to be in a modest-sized room and in good voice to generate sufficient loudness to be easily heard, somewhere in the neighborhood of perhaps 60 decibels (db).  But this measure of sound pressure increases logarithmically, so that continuous exposure to noise above 95 db is sufficiently risky to be recognized as a workplace hazard by OSHA. 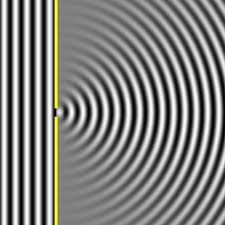 Our ability to be the primary source of another’s attention is easily swamped   by a passing ambulance with its siren on (about 110 db), the shrieks of a child on a bus or a railway coach (95 db), or even the nearly constant drone of background music or others talking in the same general area (perhaps 40 db).

Most of the background sound in our lives is this kind of noise. Unless we are in the unlikely space of a anechoic chamber that is built as a lab to exclude most sound (and where the only sound heard would be our own heart pumping), we pass our days in a constant circus of external noise.  We are often not conscious of it.  Indeed, our brain is pretty good at tuning it out.  Awake quickly from a deep sleep, and you can actually hear the ambient noise of a room quickly being “turned on” by the brain.

But here’s the challenge.  We use our voices to do a lot of important work.  We need to be heard often and clearly. Sometimes our livelihood depends on it (as in teaching, face to face sales, conducting meetings and interviews, and so on.  At other times the din of constant noise destroys the chances for making an impression, or for a family to function as a family. The requirement to compete with other “convenience” devices in our lives—dishwashers, televisions, air conditioning, another’s constant chatter—can leave us exhausted.  Nothing is more fragile than the attention of another person.

The most common source of this fatigue is “white noise:” a collection of different frequencies thrown together in the environment.  White noise acts as a sponge soaking up whatever else is existing in the same space.  And because it does not necessarily seem loud to us, we overlook the fact that it is blocking our ability to connect with others.

The ambient sounds in your life will often be more subtle, but still disruptive of the ability to easily dominate another’s attention.  The major culprits: air handling systems in buildings, others talking at the same time, transportation traffic on the ground or in the air, even wind filtering around buildings and other natural objects.

While some sources of disruptive ambient noise can’t be stopped, a savvy communicator seeking the ideal environment for reaching others will do what they can to minimize it.  Shutting doors and windows can help. Turning off air conditioners is sometimes possible (and a common decision in location filming when the crew trying to record location sound realizes the problem).  It also makes sense to ask others in the same space to carry their conversations outside.

We use public address systems to increase the loudness of a voice.  But the better solution with a smaller group is to seek out a small room, or at least to arrange seating so that each person is just a few feet from others in the group.  Part of being successful as a communicator thus means also being at least an amateur acoustician.