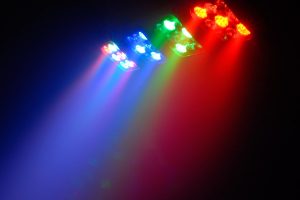 Because Donald Trump keeps violating the norms of the Presidency, mainstream journalists tend to write their own narratives rather than report on his.  If Trump truly wants “good press,” he will need to get beyond defensive jeremiads.

President Trump seems remarkably inept at using the rhetorical tools available to him.  He thinks small using social media rants when he could be projecting the aspirations for his administration.  Because he keeps violating the norms of the Presidency, journalists tend to write their own narratives rather than merely paraphrase these defensive jeremiads.

And so we are at an impasse where the President is threatening to pull back from daily briefings.  He’s right to be concerned. As they stand they are defensive affairs, bereft of details on new ideas and proposals. Functionally they are cross-examination sessions, with the press asking and too rarely receiving basic information. Little wonder they are now covered “live” not only by cable news; there are also streamed by online news sources as well. As things stand, covering the Trump administration is like living next to a highway intersection where this is a fender-bender several times a day.  It’s hard to look away.

In truth, news is rarely made at the site of what was once the White House swimming pool, even while the networks hype the daily confrontations.  Reporters fill the cramped press space , hanging on every syllable and angry correction issued from the defensive Press Secretary, Sean Spicer.  They would like clarity on some of the ambiguities that have accumulated in the last 24 hours.  Like all press secretaries, Spicer is usually determined to be as creative with the truth and non-committal as possible.  He’s also become comfortable issuing his own warnings on how the press should be doing their job.

To be sure, it can’t be much fun to be in Spicer’s shoes.  His boss can change his mind faster than a quarterback trying to recover from a busted play.

As things stand, covering the Trump administration is like living next to a highway intersection where this is a fender-bender several times a day.  It’s hard to look away.

So how should the press respond to a president that saves key opinions and grand gestures for himself?   It’s probably not by sitting in the White House press room.  The white house beat is a journalistic irony.  It typically goes to a reporter as a reward.  And yet it means functioning in a small and restricted space with access to only very guarded sources.  Like a musician who has landed a long-term job playing in the pit of a broadway show, the work is admirably steady.  Any number of competitors would like the gig.  But it can be professionally numbing.

It’s worth remembering that one of America’s most iconic reporters, I.F. Stone, made it a hallmark of his journalism to not sit through formal press briefings and most other presidential events.  He was more likely to spend time engaged in close reading of an agency report. Stone was a print journalist.  He felt no urgency to find interesting pictures. He didn’t have to be present for the “show.”  He could write about ideas, policy, and the merits of different approaches without waiting for a leader to mention the subject.

Every good journalist carries the genes of an investigative reporter like Stone.  We and they just have to get beyond the empty theatrics.

Trump is a showman, a performance artist.  Journalists are going to have to become smarter to learn what is really going on.

This kind of digging lives on with news gatherers like Pro-Publica, Mother Jones, Politico, and some of the nation’s biggest and revived newspapers.  Think of the recent “Best Picture” Oscar winner, Spotlight (2015), which recreated the meticulous digging that allowed reporters at the Boston Globe to challenge official church narratives on peodophiles still being protected. Press conferences could have never given the people of Boston what they needed to know.

Trump is a showman, a performance artist. Journalists are going to have to become smarter in covering the Presidency if they want to know what is going on.  Listening to him or his surrogates is not apt to yield much insight into the rationales for government actions.

Luckily, as the saying goes, Washington is the only ship of state that leaks from the top.  There seems to be no shortage of informed senior level sources in the Administration who can help journalists understand the thinking of the Trump Administration.  But we will have to give up our fascination with, among other things, the matinee sideshow  of magical thinking that is the daily White House briefing.

I once wrote a book on politics and theater (Center Stage, 2007).  At the time it made sense because so many politicos and journalists clearly wanted to master and manage news in an entertainment-dominated environment. Yet that perspective is now too facile; the national’s capital must be more than just another center for the performing arts.  Leadership needs to include the mastery of leadership skills:  conciliation, a head for details and social effects, an interest in consultation with others, and the grace to know when not to speak.  A President that touts his success as a reality tv star needs to get serious if his administration is to be a match for the quick studies in the national press.